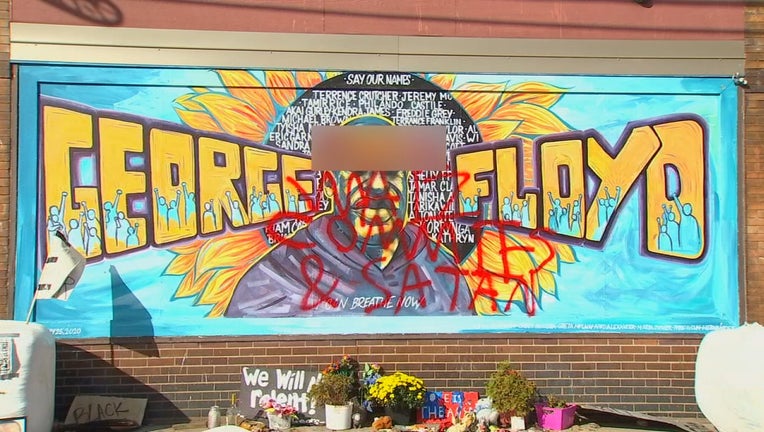 The mural of George Floyd at 38th Street E and Chicago Avenue in Minneapolis has been vandalized twice. (FOX 9)

MINNEAPOLIS (FOX 9) - The mural of George Floyd at the memorial at 38th Street E and Chicago Avenue has been vandalized a second time.

Following Floyd's death, community members painted a mural near the intersection where Floyd was arrested by police. The area has since become a gathering place for people to mourn and call for change.

In August, a vandal used black spray paint on the mural and was caught in the act by community volunteers.

Earlier this week, graffiti saying, "F--- WALZ COMMIES & SATAN," was spray-painted in red over the mural.

No reports regarding the recent vandalism have been filed with the Minneapolis Police Department, according to the police spokesman John Elder.