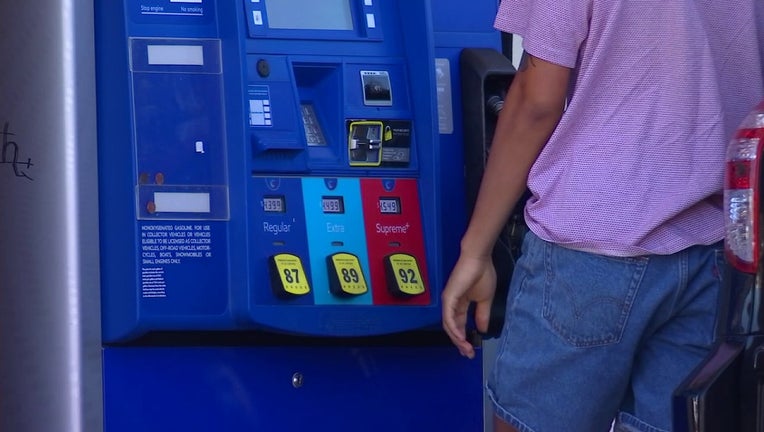 Minnesotans are facing record-high gas prices with no relief in sight. (FOX 9)

(FOX 9) - Prices at the pump in Minnesota saw the largest hike in nearly a decade this week as gas prices continue to push above record highs.

The average gas price increased 35 cents since week-to-week, one of the highest increases in the country. The average cost for regular gas in Minnesota is now $4.58 per gallon. Compared to just a month ago, that is a 66-cent increase.

Gas prices in Minnesota jump 35 cents in a week

Prices at the pump in Minnesota saw the largest hike in nearly a decade this week as gas prices continue to push above record highs.

The last time Minnesota saw a single-week increase greater than 35 cents was in May of 2013 when prices jumped an average of 44 cents in a week.

Gas prices, which have been on the rise over the past year since bottoming out during the heart of the pandemic, have been pushed even to due to a number of factors including the U.S. stopping purchases of Russian oil due to the invasion of Ukraine.

When consumers could find relief from the high prices is unclear. Analysts have predicted that prices could move over $5 per gallon by mid-June.

Lawmakers are considering bills to cut down on "price gouging" by oil companies while President Biden is visiting with leaders of Gulf Cooperation Council countries to urge an increase in oil production.