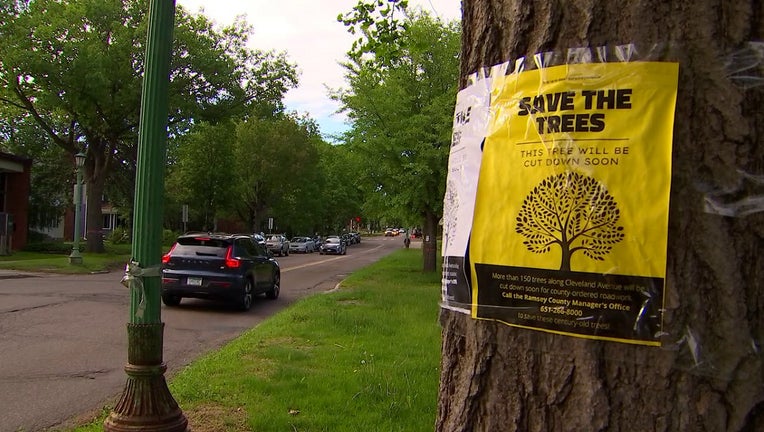 Neighbors are fighting to save 150 trees set to be cut down for a road construction project in St. Paul. (FOX 9)

(FOX 9) - More than 150 trees have been marked for removal along Cleveland Avenue in both Falcon Heights and St. Paul, but before they’re gone tree lovers will hold a funeral for them – or perhaps a celebration.

According to Ramsey County officials, Cleveland Avenue will be reconstructed from Como Avenue to Larpenteur Avenue in both directions – the purpose of the project being to replace aging pavement, stormwater infrastructure, and city utilities (water main and sanitary sewer), then construct a new separated trail and sidewalk.

Neighbors upset over 150 trees scheduled for removal in St. Paul

More than 150 trees have been marked for removal along Cleveland Avenue in both Falcon Heights and St. Paul, and some neighbors are hoping the plan construction plan that's removing them might spare a few.

But before crews start cutting, the trees will be celebrated one final time. "Will it be a funeral march or a celebratory parade? We’re not sure," said People for the Cleveland Avenue Trees in a news release.

Beginning at noon on June 11, "A peaceful procession to honor the trees, whatever happens," will be held for trees earmarked for removal by Ramsey County. 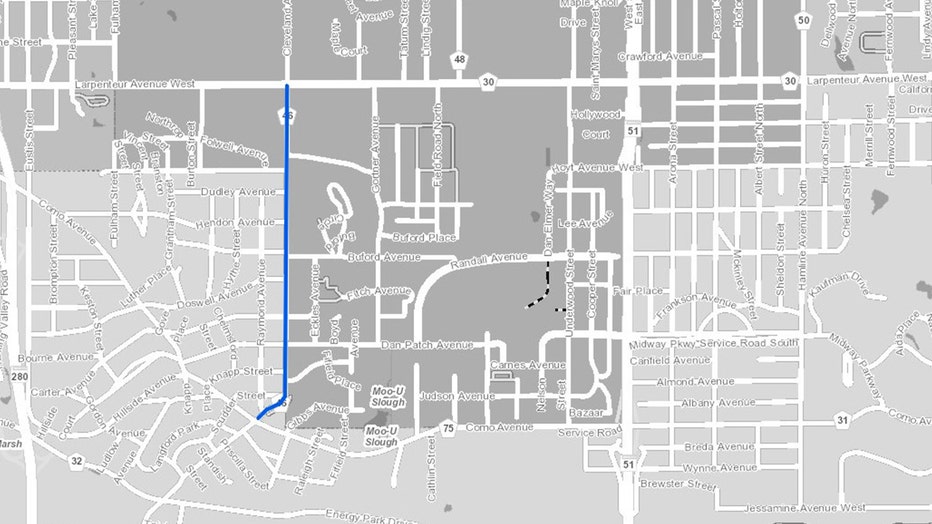 A rendering of the stretch of Cleveland Avenue that will have trees removed.

Accompanied by a brass band, people are encouraged to assemble and then proceed north on Cleveland Avenue, "Stopping at five of the most magnificent trees, to pay our respects and recognize the beauty, history and environmental benefits they embody."

For many people who live in St. Anthony Park near the U of M''s St. Paul campus, the trees are like good neighbors.

"It's anger. It's sadness. It's really just complete disappointment," said Margot Monson who lives nearby.

"This is one of our more stately historic blocks being alongside the campus and having trees of this age I think it's going to change the character. It's going to look totally different with 160 trees gone," said Monson. 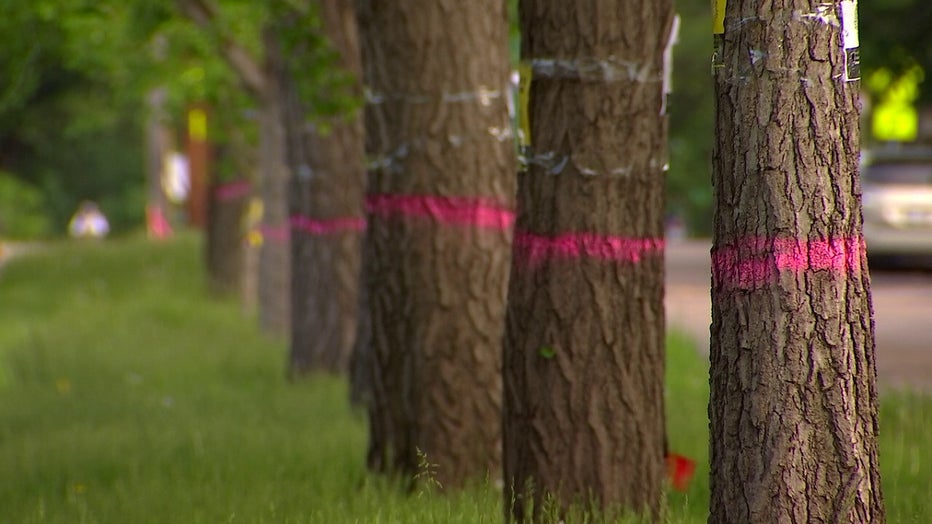 A row of trees set to be cut down along Cleveland Avenue near the University of Minnesota's St. Paul campus (FOX 9)

The county says the number of trees that will be removed went up as the project went through the design and engineering phase and more utility replacements were added over the last couple of years. The county also says it has delayed the project for about a month to consult with arborists and contractors to see if any more trees can be saved.

"I'm extremely irate. I've been spending every waking hour on it since April 27th, so I guess I'm pretty upset about it," said Pat Thompson, a member of the St. Anthony Park Community Council.

The county plans to replant 70 boulevard trees and the U has promised to add more once the project is finished. But some neighbors want the whole thing to be redesigned to take their concerns into account.

"We know the road needs to be worked on. That isn't the issue. We think they should be able to save some trees and have a compromise," said Monson.