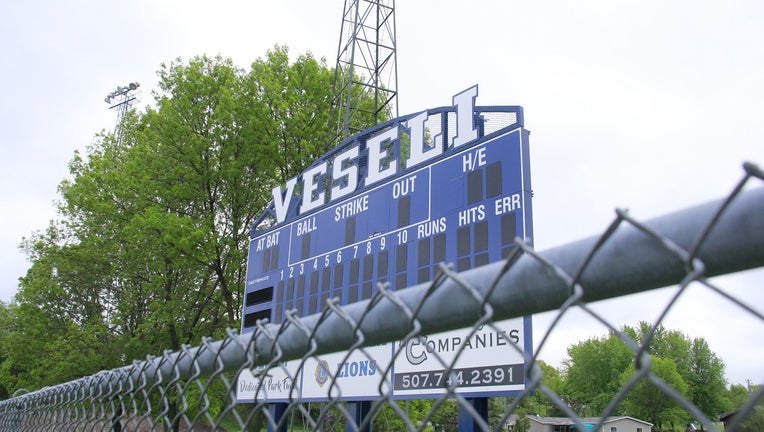 The Warriors will host the Belle Plaine Tigers after rain Wednesday pushed the game back a day. FOX 9 will be broadcasting live from Veseli Ballpark from 5 p.m. to 9 p.m. You can watch live at fox9.com/live and on the FOX 9 News app. Before the game, FOX 9's Ice Cream Social will be handing out free ice cream from Minnesota Nice Cream.

Veseli is an unincorporated community with a church, a bar (Brewster's Bar & Grill), and the Veseli Ballpark, which is all located within Wheatland Township about 45 minutes southwest of Minneapolis. The community is a large Czech community – Veseli was one of the four largest communities in Minnesota originally settled by Czech immigrants.

The townball tradition is alive and well in Veseli

FOX 9 continued its Town Ball Tour on Thursday with a stop in Veseli.

The Church of the Most Holy Trinity was built in 1905 and is on the U.S. Register of Historic Places. 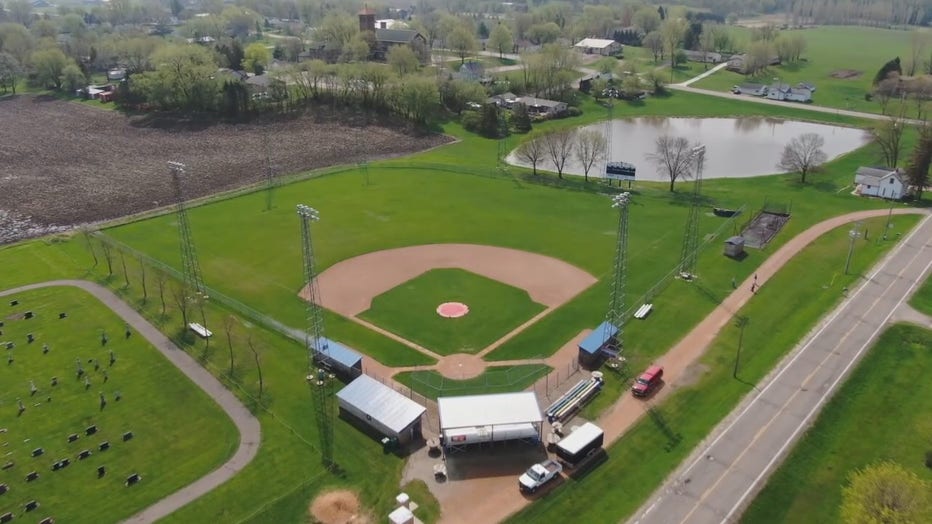 The Warriors play in the DRS league, which includes Dakota, Rice and Scott counties. The team has made it to the state tournament once, in 2002. The Tigers are part of the River Valley League.

You can find the full Town Ball Tour schedule here.