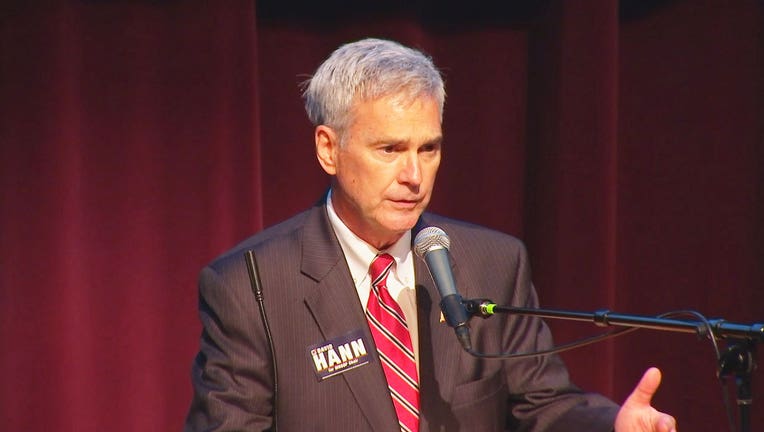 HOPKINS, Minn. (FOX 9) - Republican delegates from across the state met Saturday at the Hopkins Center for the Arts to select a new party chair after the resignation of Jennifer Carnahan.

After three rounds of voting, they chose former state senate minority leader David Hann to take over the position. He lost to Carnahan in the race for party chair back in 2017.

After three rounds of voting, former state senate minority leader David Hann will take over as new party chair for the Minnesota GOP after the resignation of Jennifer Carnahan in the wake of the arrest of Anton Lazzaro.

He vowed to help change the reputation of the party and bring in young voters.

"I gotta tell you, the most frequently asked question I got after I decided to run was ‘why do you want to do this job?’ Seriously, from delegates to my family...now that tells me something about the perception of this party," said Hann.

In all, four candidates made their case to replace Carnahan, who resigned after her close friend and major donor Anton Lazzaro was arrested on child sex trafficking charges.

Several former party staffers and young Republicans also accused her of running an organization where verbal abuse, intimidation and sexual harassment were common.

"We have a lot of work to do, and we need to focus on what the mission of the party is," said Hann.

On top of those recent scandals, he will have to address the party's financial situation, which is currently more than $110,000 in the red.

That number doesn't account for the cost of a financial and human resources audit, as well as a workplace investigation.

All of the donations made to the Minnesota GOP party by Anton Lazzaro have been donated to two Minnesota-based charities that fight sex trafficking and help victims. Those donations amounted to around $47,000.

The next meeting of the state central committee is set for December.