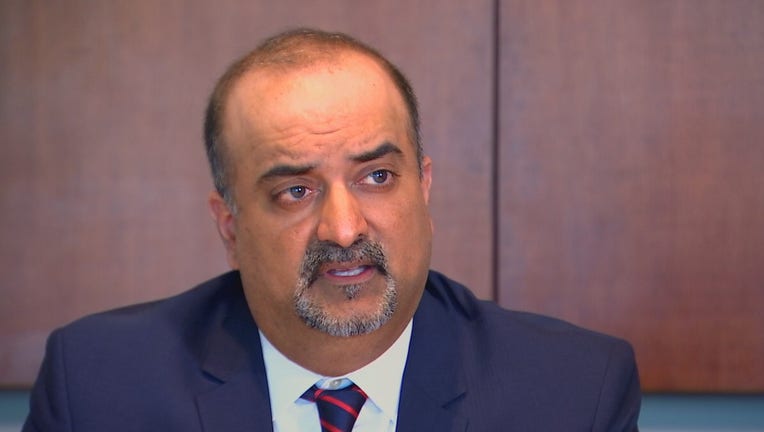 STILLWATER, Minn. (FOX 9) - In his decade with the Washington County Attorney's Office, Imran Ali prosecuted everything from murder and racketeering cases to human trafficking. He says after 10 years of doing his best to make a difference, he had to walk away.

"Our criminal justice system is almost at siege," said Ali, the former assistant Washington County attorney. "It’s eroding the very basis of equal protection for all due process."

Imran Ali, the former assistant Washington County attorney shares why he decided to resign from his position.

Ali charged former Brooklyn Center police officer Kim Potter with second-degree manslaughter for the shooting death of Daunte Wright after the case was turned over to the Washington County Attorney's Office. Ali resigned days after the case was taken over by Attorney General Keith Ellison's Office to prosecute like it did in the Derek Chauvin trial.

"In that month, I can't tell you how many emails and voicemails and interactions I had on social media with people on both sides," said Ali. "There were people who were, ‘I can't believe you would ever charge this case how dare you.’ ‘You've been a lie your whole life’ and then other people telling me to move back to my country and why I was immigrated here."

Ali says it was a combination of activists who wanted Potter to be charged with murder and who Ali says were spreading misinformation, civil attorneys who he says tried to influence the case, and a lack of support from elected officials that convinced him it was time to call it quits.

"It wasn't just this case," he said. "It was the previous years. The cases I've seen. Everything that's been going on. Do I think there needs to be reform? Absolutely. Do I think we need to do things better? Of course. But this intimidation, I had a front row seat."

This week, Ali started work at a Stillwater law firm, where he will focus on training police officers and hopes to make a difference in a different way.

"I hope our state heals," said Ali. "I know it’s in a deep divide right now and I'm confident we are going to get through this."