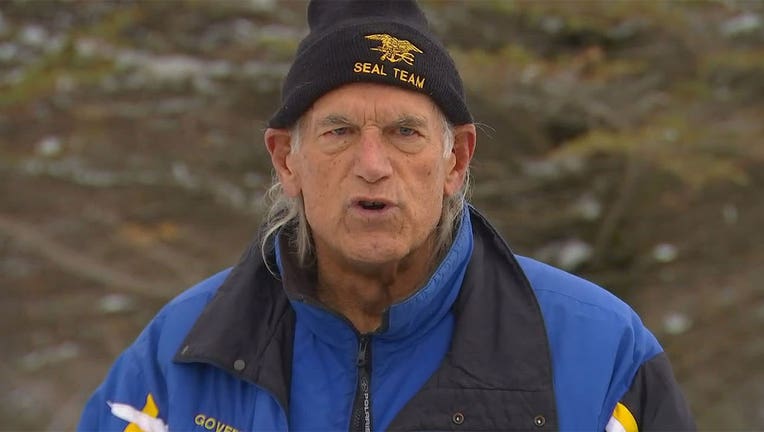 (FOX 9) - Former Minnesota Governor Jesse Ventura is putting his support behind Governor Walz in his re-election bid in an endorsement on Thursday.

In a video shared by Walz on Twitter, Ventura, a declared independent, cited his concerns over the January 6th riot and abortion rights, saying Minnesota is at a "crossroads".

"Tim has shown through the last few years, how important strong leadership is for our state," Ventura states, complimenting Walz's response to COVID-19. "Tim has proved he does what's right for Minnesota, not what is politically easy."

Since serving one term as governor from 1999 to 2003, Ventura, a former professional wrestler turned actor before moving into politics, has been a frequent outsider political commentator and conspiracy theorist. In a statement on Thursday, the Minnesota GOP responded to the endorsement by calling Ventura a "dangerous conspiracy theorist" pointing to Ventura's claims about the September 11 attacks.

"I think he is, like I am, deeply disappointed in the Jan. 6 folks," said Walz. "The folks who haven’t spoken up about that and talked about that, and the election fraud stuff."

"To have someone who’s been there and done that – especially someone who doesn’t normally endorse -- so certainly glad to have it," Walz added.

Ventura's endorsement comes one day after President Trump posted an endorsement of Scott Jensen. In a statement, Jensen offered a tepid statement on the endorsement saying he was "grateful for those who have recognized our ability to lead" but noted he hadn't sought endorsements from any political leaders. The Minnesota DFL however pointed out Jensen's comments pushing voter fraud conspiracies in the 2020 election.

Both Walz and Jensen are set to participate in a final debate on Friday hosted by MPR.