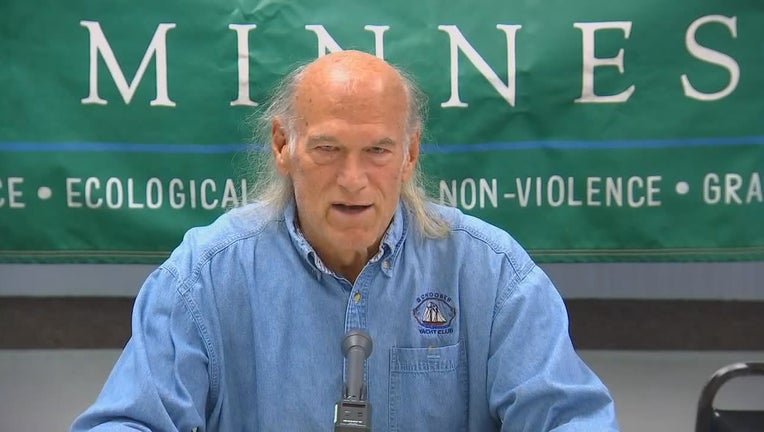 Former Minnesota governor Jesse Ventura says he has decided he will not run for president in 2020. (FOX 9)

MINNEAPOLIS (FOX 9) - Former Minnesota Governor and retired professional wrestler Jesse Ventura will not be running for president this election cycle.

Ventura made the announcement Friday morning at a press conference at the Minneapolis headquarters of the Green Party. Last week, Ventura tweeted that he was going to "test the waters" for a possible presidential run as a Green Party candidate and that a letter of interest had been sent to the party on his behalf.

However, it appears that run will not take off. Ventura says if he runs, has to give up his job and healthcare and with impending health issue in June, he cannot.

"Unfortunately, I don’t see the logistics coming into play, time is an element," said Ventura. "The Green Party names their candidate in July, I truthfully couldn’t become available until mid to end of June, so therefore the system itself will stop me from pursuing as it is right now. I do urge people to get out and vote."

While he will not be running, Ventura pushed his support for people to elect a third party candidate.

The Green Party presidential nomination will be decided at a virtual convention on July 11.