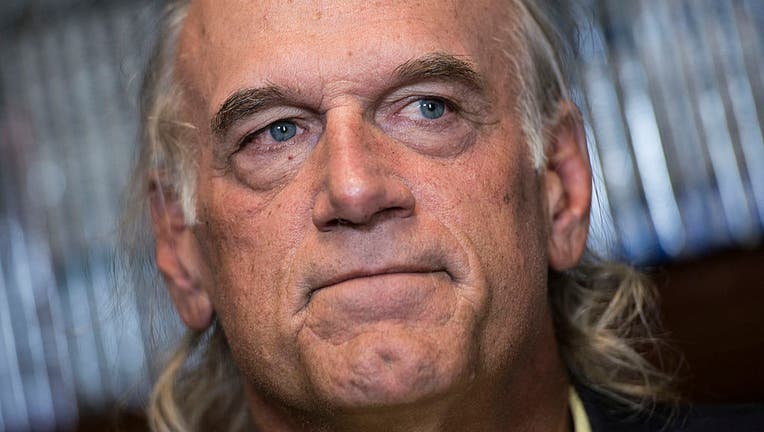 Former pro wrestler Jesse Ventura pauses while speaking about his book "They Killed Our President" October 4, 2013 in Washington, DC. Ventura, who is considering a long-shot independent run for the White House, said he would immediately clear the int (BRENDAN SMIALOWSKI/AFP via Getty Images)

Ventura made the announcement on Twitter Monday, saying "IF I were going to run for president, the GREEN party would be my first choice. I've endorsed the party and I'm testing the waters."

Ventura followed up saying he had not officially filed anything, but has authorized a letter of interest sent on his behalf to the Green Party. Ventura explained that he while he is an independent, he's looking into whether he could secure a Green Party nomination.

A spokesman for Green Party of the United States confirmed the party's Presidential Campaign Support Committee received a letter on Ventura's behalf.

The spokesman said Ventura would need to establish an FEC campaign committee and a campaign website before he can ask to be recognized as an active candidate. After that, there's another level of "official recognition" that has other qualifications such basic fundraising level requirements and signatures of support. So far there are three officially recognized candidates for the Green Party.

The Green Party presidential nomination will be decided at a virtual convention on July 11.