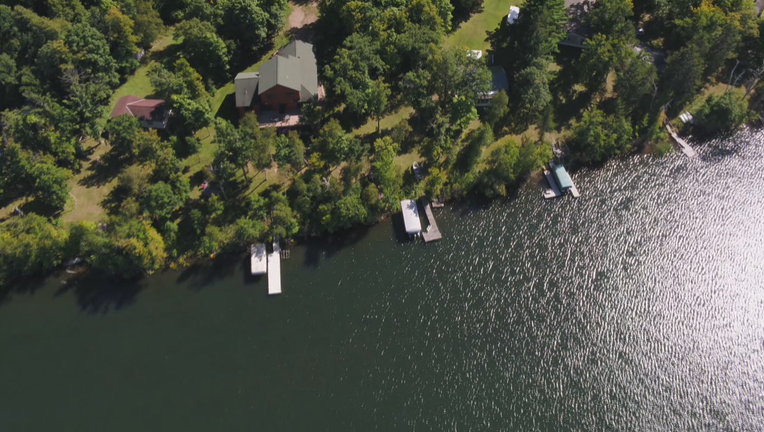 Lake Adney has been a safe spot for black families for more than 100 years.

FAIRFIELD, Minn. - For many Minnesotans, going up north for the weekend is a way of life. But for one group of people, a lake in north-central Minnesota is an oasis in the middle of cabin country.

Lake Adney is a hidden gem in Crow Wing County, Minnesota. For nearly 100 years, African Americans have been coming here to own a piece of paradise.

For a nearly a century, Minnesota’s Lake Adney has been a haven for black families

For many Minnesotans, going up north for the weekend is a way of life. But for one group of people, a lake in north-central Minnesota is an oasis in the middle of cabin country.

"A place of refuge," recalled Nathaniel Khaliq, who is one of the cabin owners on the lake. "Enjoying the best of God's creations and realizing how blessed we are to have the opportunity to enjoy cabin culture because it's a whole other world."

On the surface, Lake Adney looks like any other lake in cabin country. But, in a land of 10,000 lakes, Lake Adney is one of a kind.

"Just about all these places we are going by were owned by African Americans," explained Khaliq 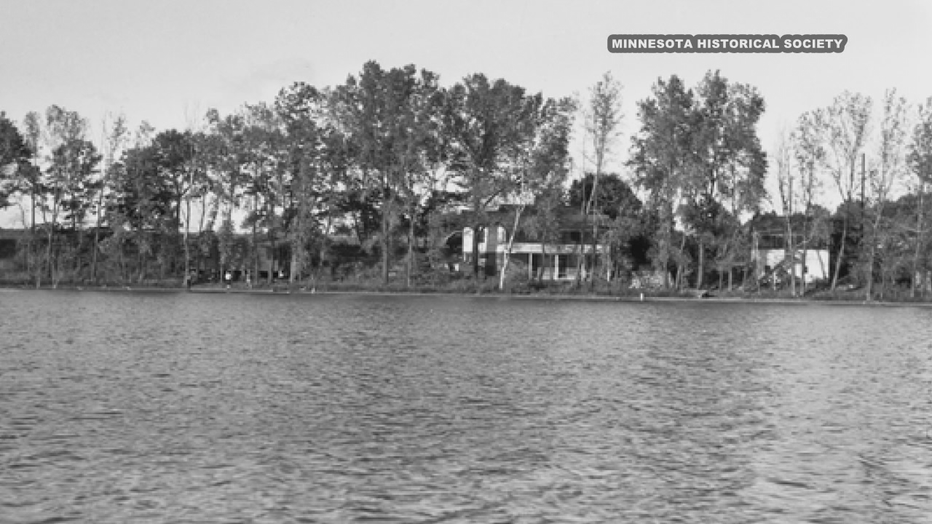 These photos show the history of black families at the lake. (Minnesota Historical Society)

"Just thinking about what it was like back in the day," he explains. "How they would party and get together and so forth. I just can't imagine how that could have been and would have been."

Khaliq and his wife Victoria Davis have been coming to Lake Adney since they bought a cabin called Harmony Haven in the late 70s.

"One of the things I loved about it was it was right here," says Davis. You didn't have to take a plane to get there."

They say driving two and a half hours from the Twin Cities for some fun in the great outdoors with their family, friends, kids from the neighborhood, and other black cabin owners, became a summer tradition. 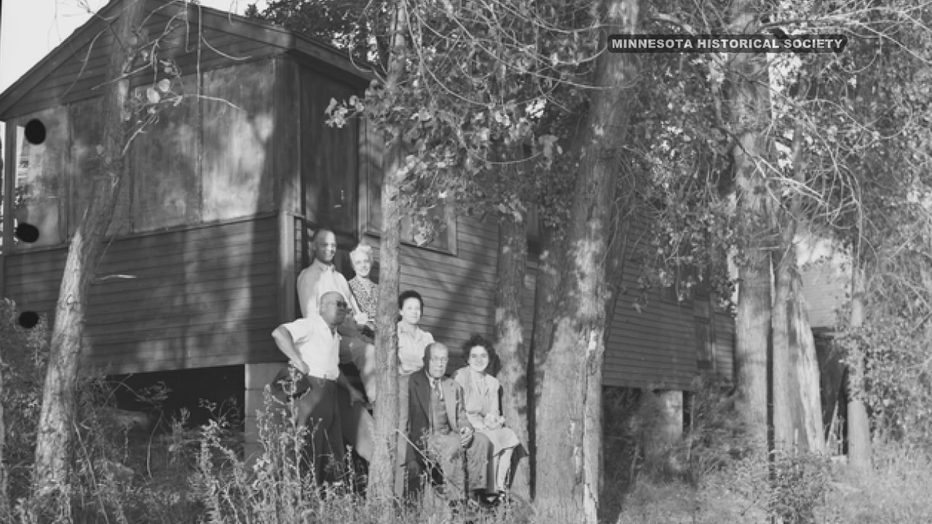 Khaliq says, "You would be more relaxed. We traveled out west to Yellowstone. Stay at resorts and hotels and still you feel a little uneasiness. Up here you didn't have that. It felt like home."

People began building cabins and visiting Lake Adney in the early 1900s. But, in the 20s, an African American named Charles Gamble bought the south shore of the lake, parcelled the land and began selling it to other black families. As a result, it became one of the few lakes in mostly white northern Minnesota where African Americans felt welcome. They came from all over the country to spend their summers at the cabins and resorts on the lake.

"This was our family's cabin. My aunt Mary Kay used to own the place next door," says Bill Murray Junior. "My grandmother's brother and his wife owned the place over there." 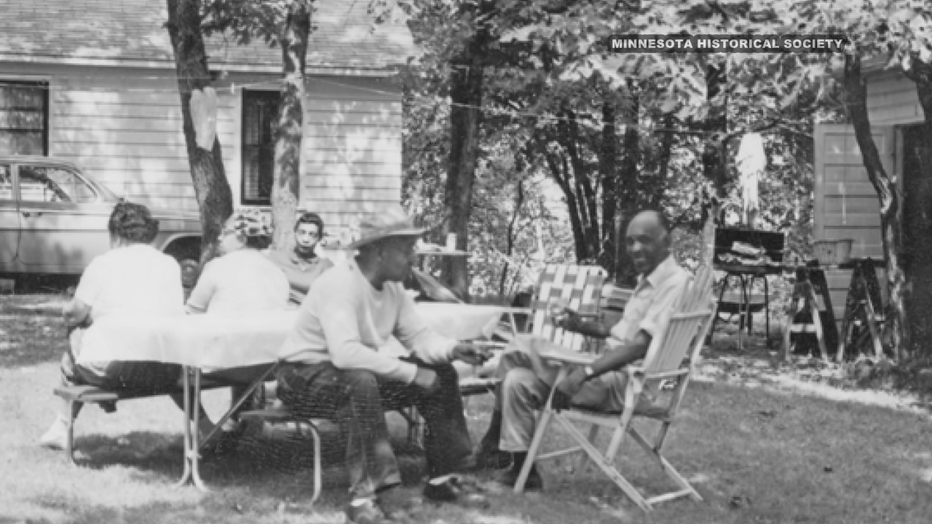 Bill Murray Junior's great grandfather was one of the first African Americans to build a cabin on the lake back in the 40s. Since then, five generations of the Murray family have enjoyed boating, fishing, and building campfires at their home away from home.

"It just blows my mind my great grandfather got this place in the 40s," Murray Jr. says. "People were trying to get equality, not lakefront property."

"You hear so much about cabins, you think everyone has one. But that's not the case," explained Paula Mitchell.

Paula Mitchell's parents came to Lake Adney on their honeymoon, and her family has been married to the summer hot spot ever since.

"To me, it was not unusual," added Fred Mitchell. "I thought this is how we do it. Later I found out it was a rarity. it made me feel good and participate even more and possibly be a property owner myself." 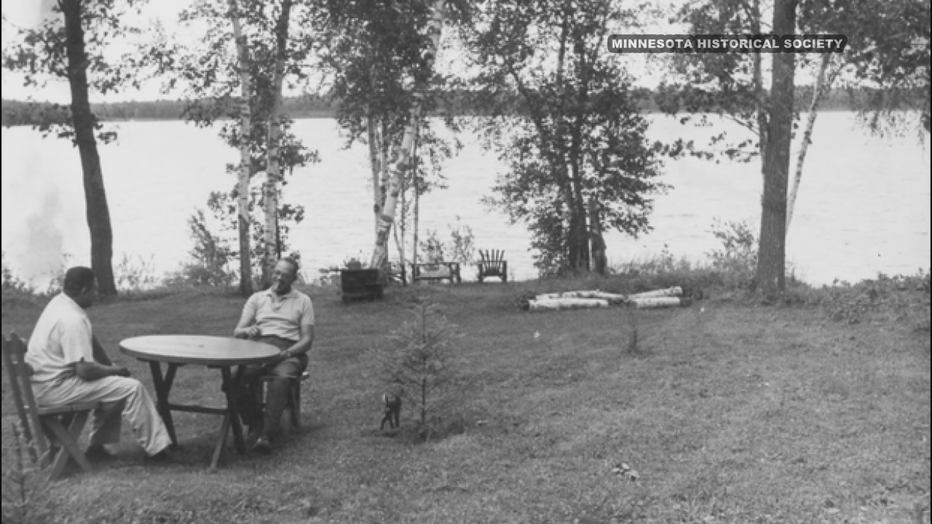 "Once again the children didn't want it and it ended up being purchased," explained Khaliq, pointing out one cabin along the shore.

But over the years, Khaliq says the original cabin owners of color have passed away and their properties have been sold.

In fact, Khaliq says, at one point, 90 percent of cabin owners on the south shore were African American, but that number is now closer to 40 percent.

"I hate to use the word gentrification but its there a little bit," he said. "It's a double-edged sword. You don't want people to be taxed out and priced out." 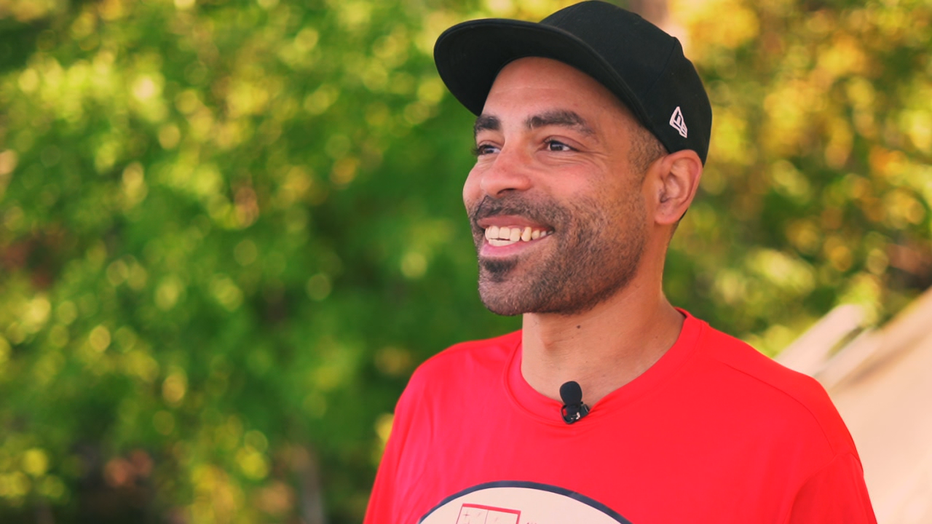 But after seven decades of lakeshore ownership in the family, Murray says it's a legacy worth bringing into the future. "It's a wheel that's been turning and it's working and it's on generation five now and it's very important."

"You get something like that. You hold on to it and you don't let go," he added.

The Minnesota Historical Society has gathered oral histories of some of the African American cabin owners on Lake Adney. You can listen to them online by clicking here.