MINNEAPOLIS (FOX 9) - Rev. Al Sharpton, the family of George Floyd and their attorney, Ben Crump, announced they will hold a rally and vigil Sunday night to honor Floyd’s life ahead of opening statements in the Derek Chauvin trial. Chauvin is the former Minneapolis police officer charged in Floyd’s death.

The rally and vigil will take place at the Greater Friendship Missionary Church in Minneapolis starting at 7 p.m. The church is not far from 38th and Chicago, where Floyd died on May 25 while being detained by Minneapolis police officers. 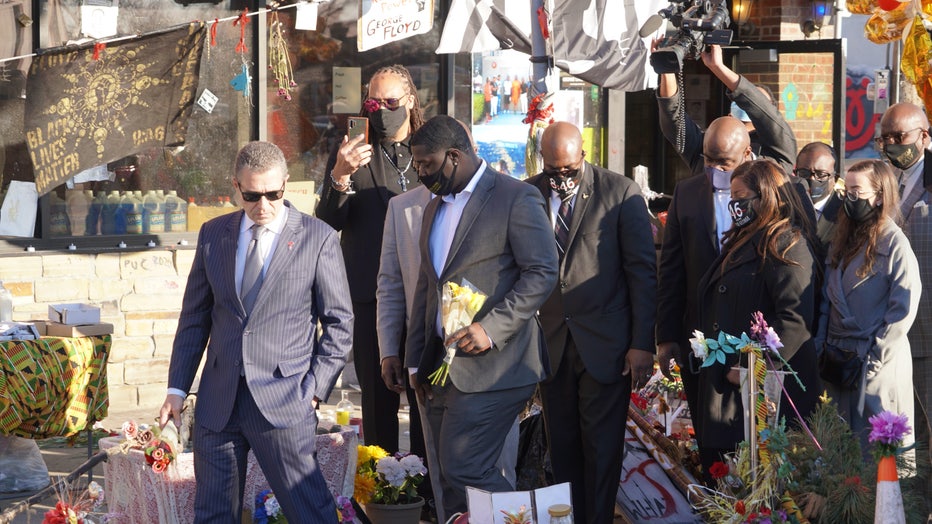 The family of George Floyd visited the memorial at 38th and Chicago after announcing a $27M settlement with the city.

Opening statements in the Chauvin trial are scheduled to begin at 9 a.m. on Monday. The trial is expected to last two to four weeks.