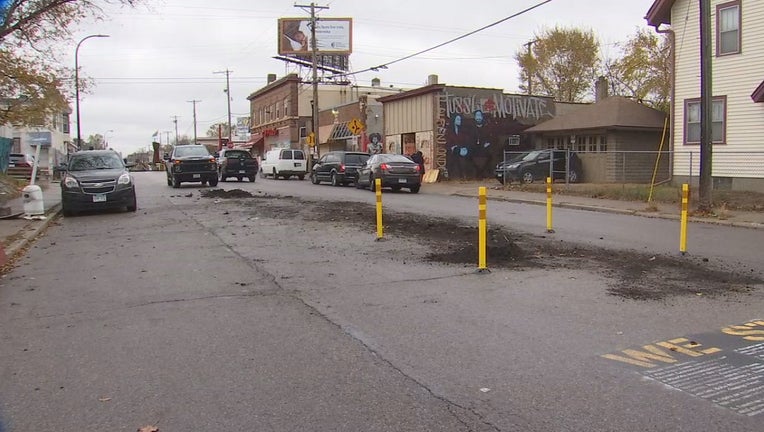 The fist sculpture that stood along 38th Street, just east of George Floyd Square and the sculpture there, was damaged in a crash Friday morning. (FOX 9)

MINNEAPOLIS (FOX 9) - A crash Friday morning along 38th Street in Minneapolis knocked down a sculpture erected to honor the life of George Floyd.

The fist sculpture that stood along 38th Street, just east of Chicago Avenue and the heart of George Floyd Square was struck by a driver sometime after 10 a.m.

Police say the crash doesn't appear to be an intentional act. They say the driver was suffering from an overdose when he crashed into the monument. He was revived with Narcan, but his condition is unknown.

FOX 9 crews at the scene saw volunteers and city workers move to pick up pieces left behind from the crash. The caretakers told our reporter that the fist, platform, and planters around the sculpture were smashed up from the crash.

Fist sculpture knocked over at George Floyd Square after crash

Crews were cleaning up Friday morning after a crash along 38th Street in Minneapolis knocked down a fist statue that stood in the street, east of the 38th and Chicago intersection.