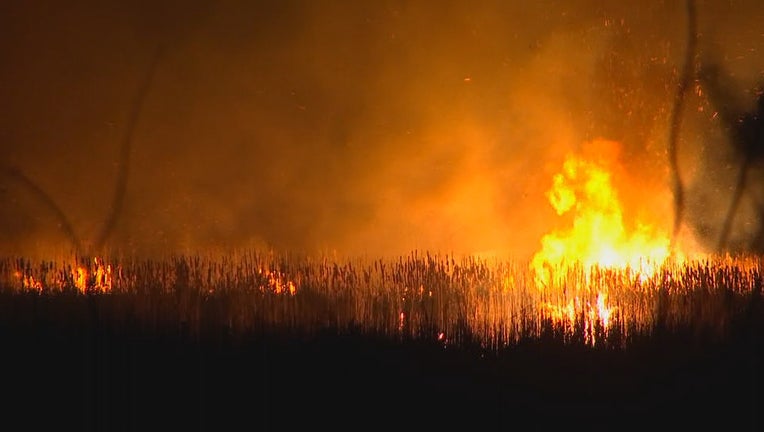 RICHFIELD, Minn. (FOX 9) - Officials are investigating a fire that started at about 9 p.m. Friday at the Veterans Park in Richfield, Minnesota.

According to the fire department, crews received a call that a fire had broken out in the northeast section of Veterans Park. The area affected by the fire is predominantly wetlands, including a cattail marsh that encompasses approximately four acres.

Crews responded quickly and were able to contain the fire. The cause of the fire is unknown at this point and is under investigation.

"With the current red flag conditions affecting the area, a fire can start and spread very quickly," Fire Chief Mike Dobesh said in a release. "As a department, we were able to respond, assess the situation and deploy a plan that allowed us to limit the damage to the natural areas of the park."

Officials said the park’s walking bridges, floating bridge, recreational buildings, playground equipment and other structures have all been spared from the fire. The fire is contained and is being allowed to burn out under the supervision of the RFD.