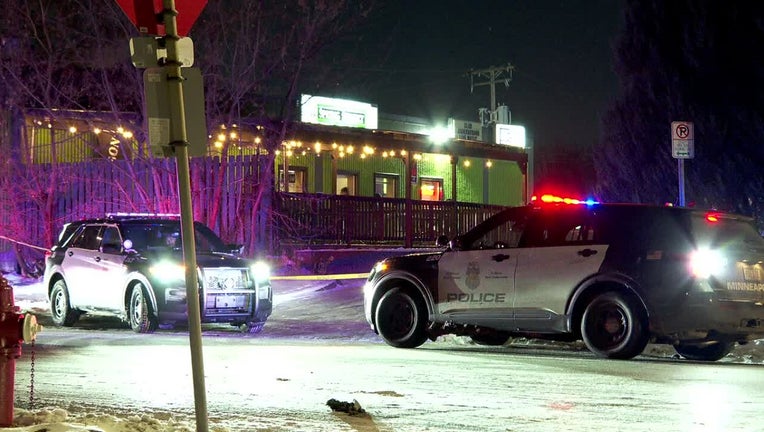 Minneapolis police at the scene of a fatal shooting on Monroe Street Northeast.

MINNEAPOLIS (FOX 9) - A man in his 30s was fatally shot after an altercation in a Minneapolis bar on Saturday night.

Officers were called to the scene and found a man in his 30s with at least one life-threatening gunshot wound. He was pronounced dead at the scene, according to law enforcement.

Minneapolis Police said the victim and a man in his 40s who knew each other got into an altercation that started escalating. The suspect pulled out a gun and allegedly shot the man in his 30s. Witnesses in the bar detained the alleged shooter until police arrived.

The man in his 40s was placed under arrest and was transported to the hospital for injuries he suffered from the altercation.

Police said the man will be booked into the Hennepin County Jail after being treated at the hospital. The man has not been formally charged.

This is the 75th homicide investigation in Minneapolis in 2022.