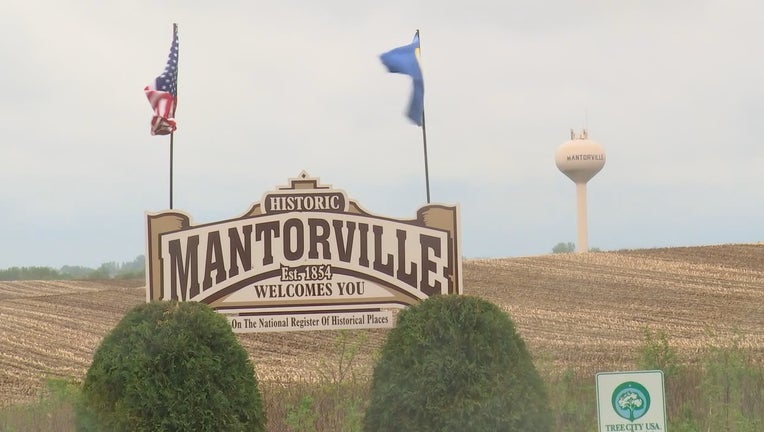 Despite plenty of farm land in the area, Mantorville, Minnesota isn't known as prime land for orange groves. (FOX 9)

The investigative newsgroup, ProPublica reports 378 PPP loans, totaling $7 million, were handed out to phony farms all over the country. Records from the Small Business Administration show $17,931 was given to a business called "Shaila Big Fresh Oranges" in Mantorville, Minnesota, which is a small town west of Rochester.

Minnesota doesn't seem like the most hospitable spot for an orange farm. But federal authorities paid out thousands to a fraudulent PPP loan to

The address of the so-called farm is a house in the city limits with a yard filled with dandelions, not orange trees. The fruits are virtually impossible to grow outdoors in Minnesota due to its frigid winters. A second loan was authorized for the same address for $20,833 but it appears it was not activated.

FOX 9 reached out to the woman whose name is connected to the loans. She said she was surprised to hear that her name and her former address were used. The woman stressed she did not apply for the loans and did not receive a dime from the program.

ProPublica reports scammers most likely used identity theft to create fake profiles to apply for the money and did so as one-person operations, knowing the loans would be easier to get approved. Lydia DePillis is one of the ProPublica investigative journalists who worked on the story.

"What some experts told us is the way some fraudsters operate, when you discover a vulnerability, the tactic is to jam as much through that window as quickly as possible," she said. "They probably said, these smaller loans are probably flying under the radar so let’s sort of ‘smash and grab.’"

The investigative group found an online lender, called Kabbage, dispersed the money that went to many of the fake farms. When FOX 9 reached out to Kabbage for comment, a spokesperson wrote in an email that Kabbage was now doing business as K-Servicing.

FOX 9 is waiting for a response from K-Servicing.

Altogether, the Paycheck Protection Program provided $780 billion in forgivable loans to businesses across the country to help them through the economic hardship of the COVID-19 pandemic.