Anthony Fauci summarizes the status of the coronavirus pandemic

Fauci, the nation’s leading infectious disease expert, summarized the status of the pandemic amid a devastating surge, which has pushed new case counts and death tolls higher than ever before in dozens of states across the U.S.

On Friday, during an interview with CNN’s John Berman, Fauci was asked if the lack of "candor" and "facts in some cases over the last year cost lives." Fauci responded, "You know, it very likely did."

Fauci, who was sidelined by Trump, is now the chief medical adviser to President Joe Biden in an ambitious effort to conquer the virus. Fauci told CNN that the Trump administration delayed getting sound scientific advice to the country.

"When you start talking about things that make no sense medically and no sense scientifically, that clearly is not helpful," he said. 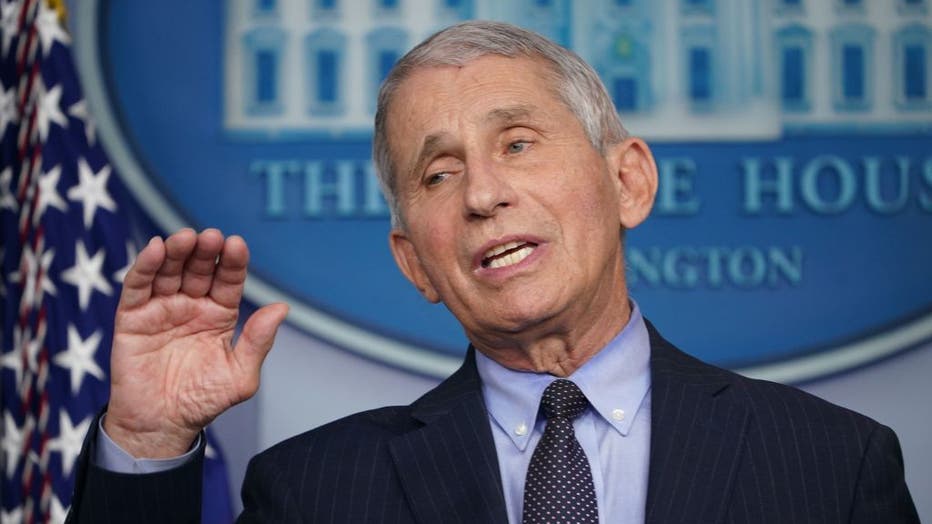 Director of the National Institute of Allergy and Infectious Diseases Anthony Fauci speaks during the daily briefing in the Brady Briefing Room of the White House in Washington, DC on January 21, 2021.

During the second daily press conference of the new Biden administration Thursday, Fauci summarized the status of the pandemic amid a devastating surge. Fauci acknowledged that he feels less constrained under Biden’s presidency.

Fauci said, "It is very clear that there were things that were said regarding things like hydroxychloroquine and other things like that really was uncomfortable because they were not based on scientific fact."

"I take no pleasure at all in being in a situation of contradicting the president so it was really something that you didn't feel that you could actually say something and there wouldn't be repercussions about it," Fauci continued.

Fauci’s reference was to Trump’s push for the use of hydroxychloroquine as a treatment for COVID-19, which was widely disputed by medical experts and proven to have deleterious effects. The FDA eventually cautioned against its use outside of clinical settings.

"The idea that you can get up here and talk about what you know, what evidence, what the science is and let the science speak, it is somewhat of a liberating feeling," Fauci said.

A reporter pointed out that Fauci had "basically vanished" for several months after being drowned out by Trump and asked if he felt like he was back, to which Fauci replied, "I think so."

Trump’s West Wing press shop had tightly controlled Fauci’s media appearances — and blocked most of them. The doctor went from being a constant presence in the briefing room during the first weeks of the pandemic to largely being banished.

Trump himself frequently undermined Fauci’s credibility, falsely insisting that the pandemic was nearly over. The former president regularly referenced Fauci’s early skepticism about the effectiveness of masks for ordinary Americans, a position that Fauci quickly abandoned in the face of more evidence.

As his handling of the pandemic became a defining issue in the 2020 campaign, Trump insisted on portraying the virus as a thing of the past. He also attacked Fauci, retweeting messages that called for the doctor’s dismissal and reveled in "Fire Fauci!" chants at some of his rallies.

But Fauci, who has now served under seven presidents, persevered, telling friends that he would keep his head down and aim to outlast Trump.

The Associated Press contributed to that story. This story was reported from Los Angeles.