Police said one person was killed and another was injured in a shooting Wednesday afternoon inside a Bloomington restaurant.

BLOOMINGTON, Minn. (FOX 9) - Police said one person was killed and another was injured in a shooting Wednesday afternoon inside a Bloomington restaurant.

The Bloomington Police Department said officers were dispatched just before 1:20 p.m. for a report of a shooting at Co Tu Oriental Cuisine Restaurant on West 89th Street and Penn Avenue South.

Bloomington Police Chief Booker Hodges said in a press conference Wednesday evening the suspect entered the restaurant and showed a weapon. People inside the restaurant pushed the gunman out of the building twice, but the gunman entered a third time and started shooting. 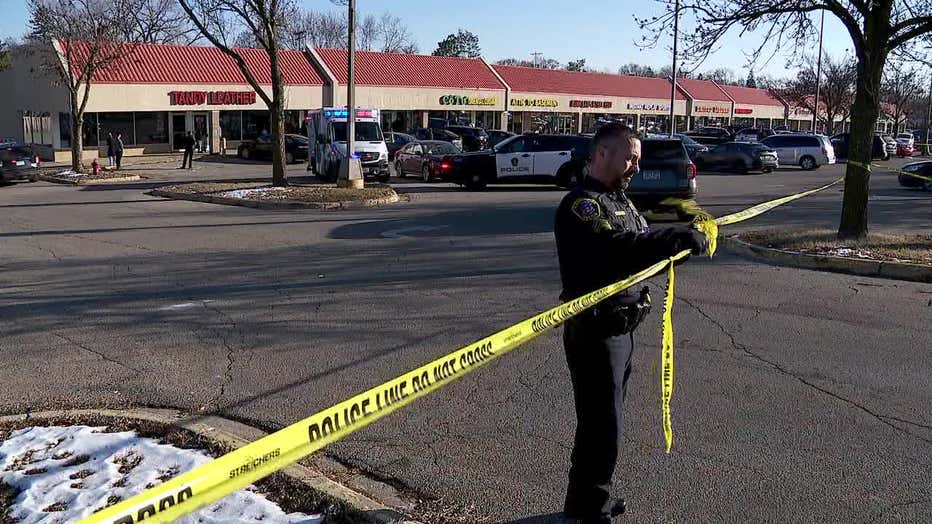 Bloomington Police are investigating a shooting near 89th and Penn Avenue on Wednesday, November 23, 2022.  (FOX 9)

Police said a 49-year-old man, who was a frequent patron of the restaurant, was shot several times and died from his injuries. A 25-year-old server was shot twice and was transported to the hospital with apparent non-life-threatening injuries.

Hodges described the gunman as a "cold-blooded killer" who was wearing a maroon hoodie and purple surgical gloves at the time of the shooting.

The incident remains under investigation. Police said no arrests have been made.