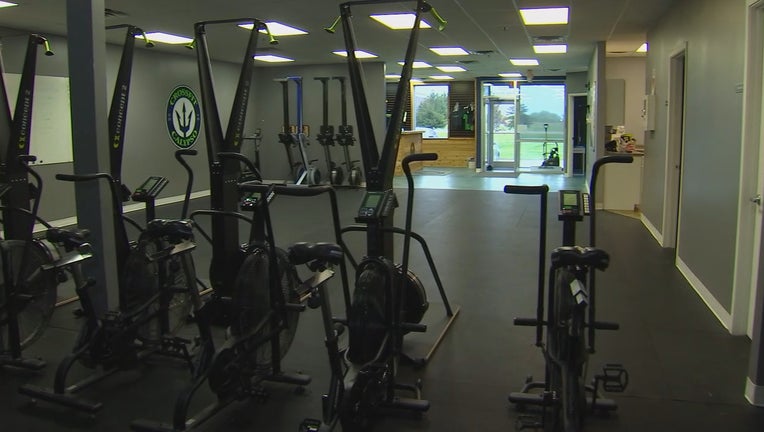 CrossFit Calypso in Farmington, Minnesota is planning to reopen early despite the governor's order. (FOX 9)

FARMINGTON, Minn. (FOX 9) - It’s been nearly 60 days since CrossFit Calypso in Farmington has had any members in their gym. While the governor is lifting his stay-at-home order Sunday night, gyms are among the businesses he says must remain closed until June 1.

“60 days is a long time to keep people engaged from a distance,” said Thad Caron, the co-owner of CrossFit Calypso.

While the governor is lifting his stay-at-home order Sunday night, gyms are among the businesses he says must remain closed until June 1

Caron says they will re-open Monday regardless, with modifications to their procedures to ensure the health and safety of all clients.

“So-called experts are telling us that it’s dangerous, but yet I can go out to the grocery store and there’s easily 200 people and were right next to each other,” said Caron.

He says they will limit classes to ten people or less. He believes that because everyone who attends the gym are friends, they should be within the law.

They will also be taking everyone’s temperature at the door, and spreading classes out to three 1,600-square-foot rooms—three people or less per room.

“There’s no difference between what they’re doing here versus going to a grocery store,” said Caron.

According to the governor’s office, disobeying the order could result in a $1,000 fine or up to 90 days in jail - a risk Caron is willing to take.

“I’m not as worried about that as I am our members,” said Caron.

Restaurants also didn’t get the news they wanted Wednesday as they are still restricted to take-out only.

“I always figured given his dial, we would be at least two weeks behind whenever the stay-at-home order was lifted, so it’s not a surprise to me,” said Tim Murray of Murray’s Steakhouse in Minneapolis.

Governor Walz says he’s directed his administration to figure out how bars and restaurants can re-open by June 1. Murray says they’re holding out hope that that date doesn’t get pushed back.

“I’m trying to be optimistic about it and yes, I think I’m going to believe it this time,” said Murray.