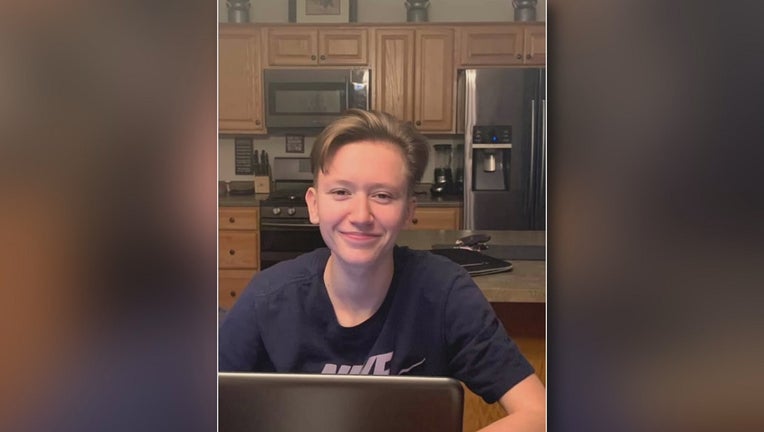 MINNEAPOLIS (FOX 9) - Almost two months after saying their final goodbyes to their 19-year-old daughter, a family in Chisago County continues to grieve.

Vanessa Jensen was shot and killed in Minneapolis on June 5, while at a hot-rodding meet-up where people watched drivers do "donuts" on the streets of Minneapolis.

Almost two months after saying their final goodbyes to their 19-year-old daughter, a family in Chisago County continues to grieve.

In just 19 years, Vanessa touched the lives of many, before her own life was stolen. Now her family is begging for answers. Vanessa was laid to rest at a large funeral on June 14, but that hasn’t brought her friends and family much closure because the person who took her life is still free.

"...I would learn to forgive," mother Rachel Jensen continued. "We miss her."

The Jensen’s are now almost two months in on a tough journey - a journey for justice.

"You break down, you start thinking of your daughter," Travis told FOX 9. "How can you live with yourself, how can you close your eyes at night knowing that you took someone’s life?"

The Jensens say Minneapolis Police returned Vanessa’s phone to them in the last week, and in her final hours, the teen recorded videos of drivers driving dangerously.

"We need justice for our kids; they were in the wrong place at the wrong time," Rachel said.

Saturday proved the family is not alone on its journey for justice.

"The outpour from even strangers we’ve never met has been a lot," Rachel said.

More than 30 motorcyclists backed them up with a 100-mile journey of their own on Saturday: a memorial ride in Vanessa’s honor.

"It’s been really touching knowing that so many people care for someone they never even met," Travis said.

The ride raised money to offer a reward for information leading to the arrest of Vanessa’s killer.

"Take the money and go please, I just want my daughter whoever did it to her to be held accountable," Travis said. "If anybody could please just come forward you could be anonymous."

The motorcyclist group says the memorial ride raised just over $1,000 on Saturday, and they plan to work with law enforcement to set up a reward offered for any tips leading to an arrest and conviction in the case.