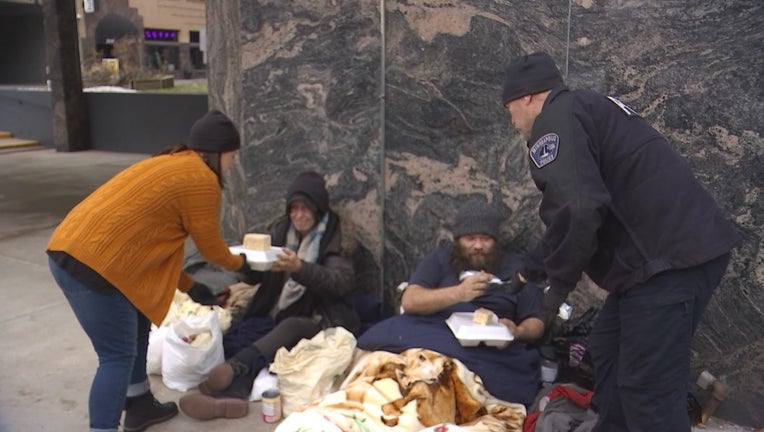 The Snyders spent their Christmas bringing holiday meals to those who need it most. (FOX 9)

MINNEAPOLIS (FOX 9) - Each Christmas hundreds of volunteers and thousands of people descend on downtown Minneapolis for an event aimed at helping people in need.

Kids walk away with presents and everyone fills their bellies. But, not everyone who needs help can make it to the event. But, thankfully, there is a family who is taking the spirit of giving on the road.

Each Christmas hundreds of volunteers and thousands of people descend on downtown Minneapolis for an event aimed at helping people in need.

For more than 20 years, Rock Bottom Brewery and its partners have been feeding people on Thanksgiving and Christmas. But for just the second year, a local police lieutenant and his family and bringing meals straight to people who need them.

It may not be a sleigh but on Christmas, Lt. Grant Snyder's red SUV might as well be.

Lt. Grant Snyder, along with his wife Melanie and daughter Mackenna, is lifting spirits while serving up as many meals straight from Rock Bottom Brewery as they can.

"Holidays seem to be one of those times people feel forgotten," said Lt. Snyder. 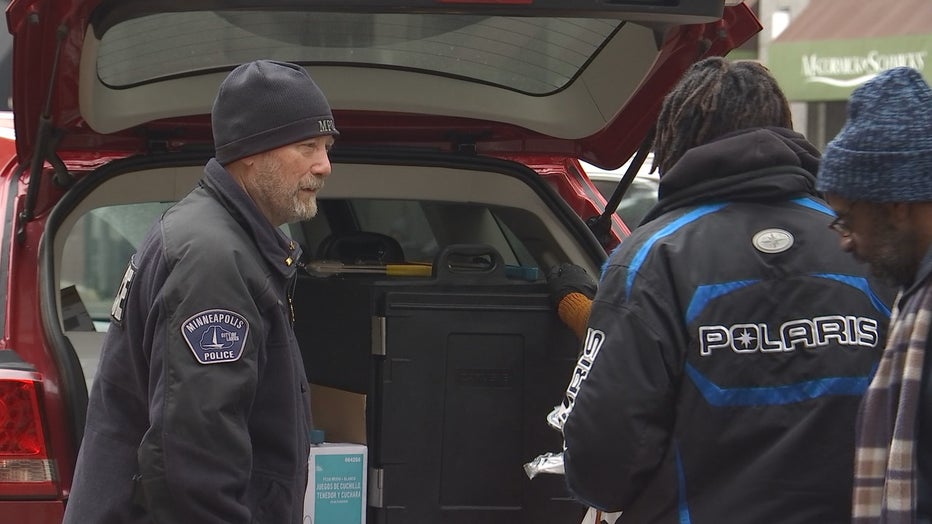 For Robert, who is living under I-94, this is a tough day for multiple reasons.

The meal from Lt. Snyder was the first and likely the only meal Robert will eat on Christmas.

"I look forward to seeing him all the time," Robert says. "He’s always giving us stuff to eat."

"They don’t get hot food," Melanie Snyder explained. "They are eating protein bars and beef jerky. But imagine, you and I get to go home and have a hot meal all the time."

Through their work, with Lt. Snyder leading the Minneapolis Police Homeless Outreach Unit and Melanie with her non-profit organization Involve MN, the Snyders frequently criss-cross the city seeking people out, offering help in various shapes and sizes.

Last Christmas, a few hours volunteering time like this resulted in hot meals for 150 people. Now, it's a tradition the Snyders can't imagine the holiday season without.

"We get way more than we give on these days," said Lt. Snyder.