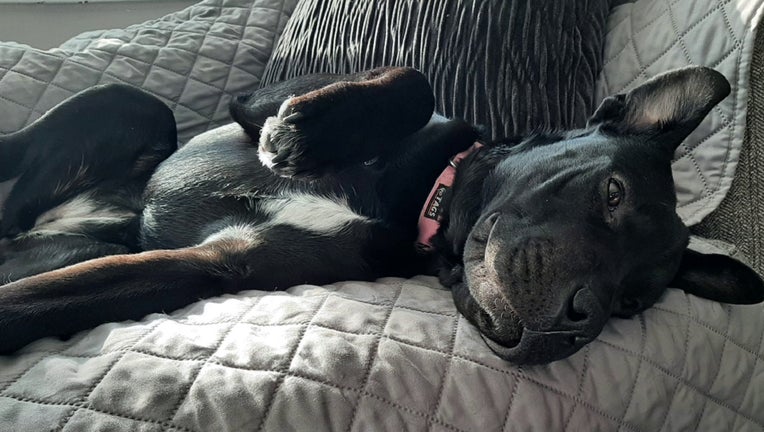 PLYMOUTH, Minn. (FOX 9) - UPDATE: The family says the dog and the stolen car have been found.

A family is hoping to get their dog back home after it was inside their car when it was stolen in Plymouth on Tuesday.

Mona, a 10-month-old black Lab/Pyrenees mix was last seen at the Holiday gas station on 169 and County Road 9 in Plymouth early Tuesday morning.

The dog was traveling with Rachael Klosowski's partner who stopped for gas. "He left his car parked, he has a keyless start, so the car does not have the key but left it running, ran inside, and then came back out," says Klosowski.

Less than two minutes later… "The car was gone, with the dog inside," says Klosowski.

Since then, there's been no sign of Mona, nor the 2014 black Mazda3 hatchback that she was riding in.

"Mona is part of my family, we have a two-year-old daughter, and we don’t know if Mona is still stuck in the car somewhere." Klosowski says it's likely the thief didn't get very far.  "The car can only go so far meaning they don’t have a key so if they put the car in park or turn off the car, they can’t go any further, it’s done," says Klosowski.

In the short time that she's had Mona, Klosowski says that she's become part of the family. They are now offering a $1,000 reward for Mona's safe return. "We just want Mona back. A car is a car. It’s all about Mona, I barely think about the car," says Klosowski.

The incident has been reported to the police. Mona was wearing a pink collar. Anyone with information is urged to call 651-442-5308.