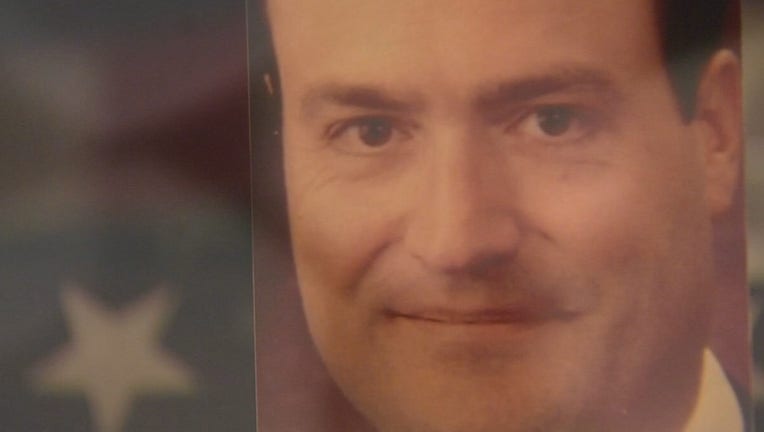 Tom Burnett, Jr. died on September 11 on United Flight 93 after the passengers attempted to regain control of the plane from the hijackers.

MINNEAPOLIS (FOX 9) - The family of a University of Minnesota graduate who died in the 9/11 attacks 20 years ago is striving to honor his legacy as a leader and hero.

"This is a day of celebration, mourning and dread -- all those things," said Martha Pettee.

The family of a University of Minnesota graduate, who died in the 9/11 attacks 20 years ago, is striving to honor his legacy as a leader and hero.

For Pettee, the anniversary is a yearly reminder of when she lost her younger brother, Tom Burnett, Jr., a hero to so many for storming the cockpit on board United Flight 93.

"I believe he was meant to be there," said Pettee. "That it was his destiny. He was a person who could say, ‘Wait a minute, we got to take stock of what’s happening. We need to do something because this is a mission far bigger than ourselves.’"

Pettee recalls watching the horrors of that day unfold 20 years ago at her parents’ house. Burnett had called his wife several times from the hijacked plane before he joined fellow passengers in fighting back, bringing down the aircraft in rural Pennsylvania far from its presumed target in Washington, D.C. There were no survivors.

"Each year, I feel the same horror and feelings come rushing back," said Pettee.

Burnett’s final words to his wife, "We’re going to do something," have motivated his loved ones to "do something" good in his name every day since 9/11.

This weekend, many of his family members will return to the University of Minnesota where they’ve been honored over the years to officially endow a scholarship at the university’s Carlson School of Management. Their mission is to train a new generation of business leader, who has the skills, the traits, and bravery of the man they miss so dearly.

"What a wonderful legacy," said Pettee. "It really reflects Tom’s values, what he stood for - moral character, scholarship, service."