Police updated the media on a fatal shooting Wednesday afternoon in St. Paul.

ST. PAUL, Minn. (FOX 9) - St. Paul police are investigating a deadly shooting at a home in the 100 block of Annapolis Street East, according to St. Paul police.

"It's discouraging when we keep having to show up and we find people who have been injured by gunfire," said Linders. 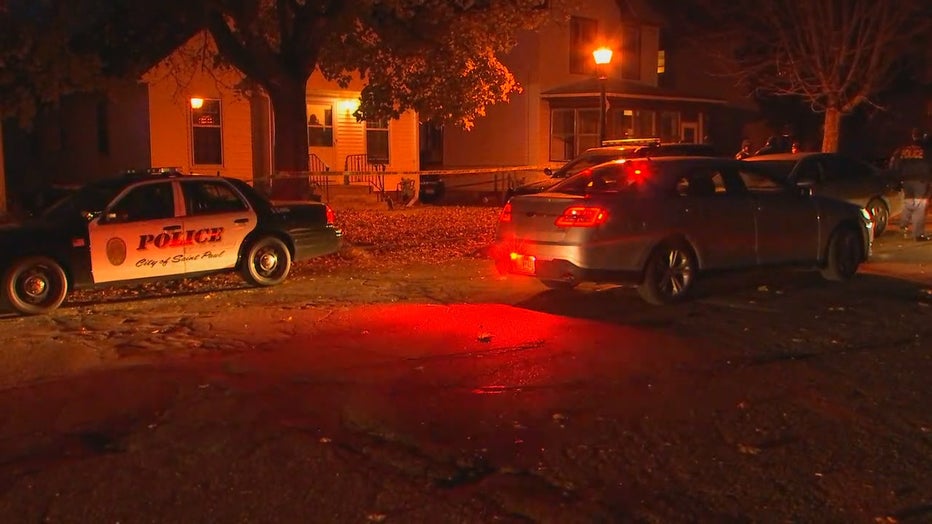 A shooting is under investigation in the west side of St. Paul. (FOX 9)

According to St. Paul police spokesman Steve Linders, officers first responded to the home around 3:30 p.m. When they arrived, they found a teenage boy with an upper body gun shot wound. He was declared dead at the scene. The Ramsey County Medical Examiner's Office will be releasing the identification at a later date.

Family is identifying the 17-year-old as Da'Qwan Jones-Morris. He was attending Henry Sibley High School where he was the captian of the football team.

Several other people were inside the home when the shooting happened. At least two people were brought in to the St. Paul Police Department for questioning.

St. Paul police are investigating a deadly shooting at a home in the 100 block of Annapolis Street E, according to St. Paul police.

Sources told FOX 9 two people were playing with a gun when it accidentally went off. Police say the circumstances leading up to the shooting are still under investigation.

"I think this underscores the need for us as a community to come together to end gun violence of any kind, whether that is securing your weapon in your home or that's making sure your weapons aren't stolen or calling us if you know who is carrying guns illegally in this city," said Linders.

The family released a statement Wednesday night, '“Da’Qwan was a humble young man, with a heart of gold. He had a passion for football, he absolutely loved FortNite, and he loved to eat... a lot. He was loved by everyone, so this is definitely hard to digest, but we are grateful for all of the prayers, calls and condolences.”

This marks the 28th homicide in St. Paul this year. There have been 145 people shot in the city this year. Last year at the end of November, there were 135 shot.