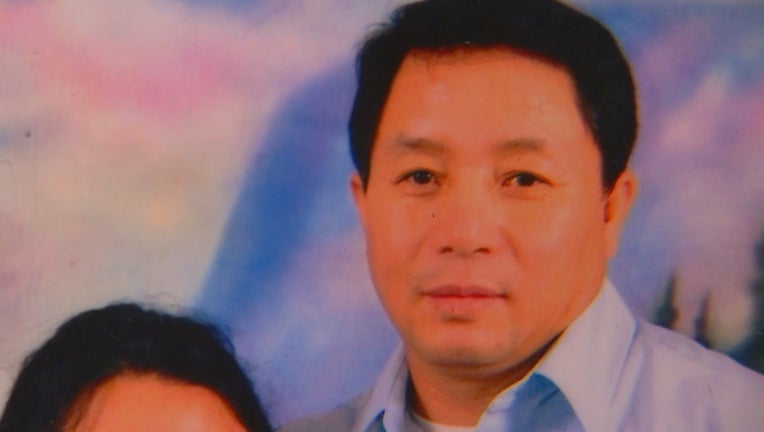 Family members and friends held a vigil for Chiasher Vue, who was shot and killed by police over the weekend. (FOX 9)

MINNEAPOLIS (FOX 9) - The family of a Minneapolis man, who was shot and killed by police over the weekend, held a vigil in his honor at the home where the deadly encounter happened.

The Hennepin County Medical Examiner identified the man as 52-year-old Chiasher Fong Vue of Minneapolis. According to the report, he died of multiple gunshot wounds and the manner of death was determined to be homicide.

Chiasher Fong Vue was identified Tuesday as the man shot and killed by Minneapolis police in armed standoff.

Tuesday night, family members gathered on the steps of the home on Thomas Avenue to share words and light candles in his memory.

"He is a man of value, a man who brought so much joy and smiles to everyone around him and everyone who knew him," said ChaMee Vue, Chiasher's  daughter. "A father, a devoted husband and brother who will greatly be missed. What happened on Sunday was tragic and could’ve been avoided."

According to Minneapolis police, officers arrived to the scene around 3:09 a.m. Sunday and got the people inside the home to safety while other officers tried to contact Chiasher Vue. After reaching him, they had a discussion and he came outside. An armed confrontation occurred and the suspect was shot. Chiasher Vue was the only person struck in an incident where it is suspected dozens of shots were fired.

Chiasher Vue's family and friends say they want to make sure the investigation is transparent.

"Someone has to answer as to why there are so many bullets that went through this house to such a man," said Sia Lo, a family friend.

The case remains under investigation by the Minnesota Bureau of Criminal Apprehension.