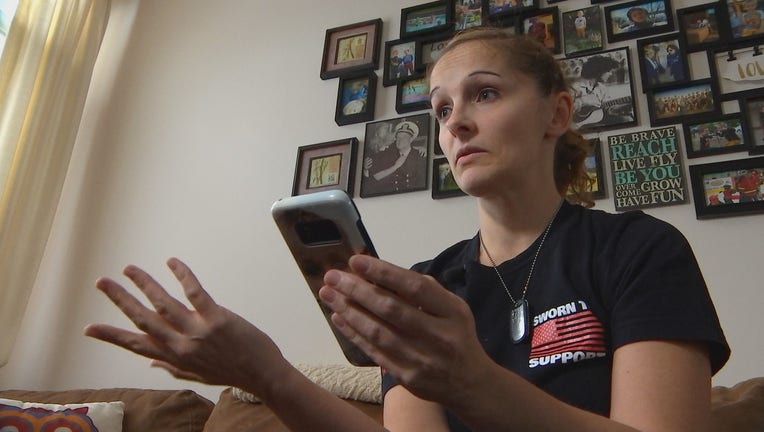 Emily Marver worries about her sister Joy Marver every day during her second deployment to the Middle East, but especially now that tensions in the region are rising. (FOX 9)

Now, the so-called Red Devils have family back in Minnesota wondering what these latest tensions with Iran mean for their loved ones.

In September, nearly 700 Minnesota National Guard soldiers out of St. Paul deployed for Kuwait and Iraq for 10 months.&nbsp; &nbsp; &nbsp;&nbsp;

The Secretary of Defense isn’t allowing details to be shared about exactly how many troops are deployed where, but families in Minnesota are breathing a sigh of relief Wednesday.

Emotionally exhausted, Emily Marver is one of them. She has been in a nearly constant state of worry since her sister, Sgt. First Class Joy Marver, landed in Iraq in early October.

Currently on her second deployment with the St. Paul based 34th Expeditionary Combat Aviation Brigade, Joy Marver is not at either of the two bases that were hit by an Iran military strike Tuesday, but she currently is stationed north of Baghdad and was simultaneously put into lockdown with the other bases in the region.

“She was able to talk to us as she was under cover,” Emily Marver said of her sister.

A Facebook post confirming her father was also safe in nearby Tel Aviv was also an instant relief for the family.

Emily Marver says as tensions have increased between Iran and the White House, technology, social media and the 24-hour news cycles have been a blessing and a curse.

“I think the challenge is to stay informed but not let it dominate your life,” she said. “And I have a hard time with that. It becomes overwhelming.”

Joy Marver has plenty of family in the West St. Paul area supporting her. While many are relieved to hear President Trump confirm no U.S. Troops were injured, the Marvers are taking the 10-month deployment day-by-day.

“When her boots are on the ground, that’s when I’ll feel better,” Emily Marver said.