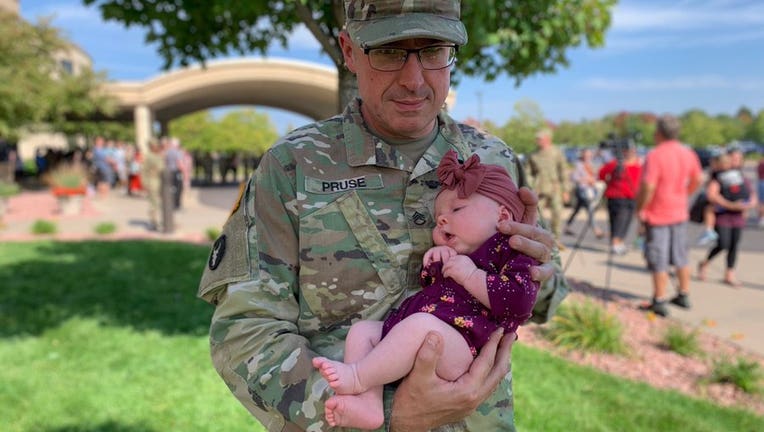 EDEN PRAIRIE, Minn. (FOX 9) - Nearly 700 Minnesota National Guard soldiers are preparing to deploy to Kuwait and Iraq, where they will be overseas for the next year.

The St. Paul-based 34th Expeditionary Combat Aviation Brigade, also known as the Red Devils, gathered with friends and family Friday for a departure ceremony in Eden Prairie. While 60 percent of the soldiers have been deployed before, it doesn’t make leaving home any easier.

Nearly 700 Minnesota National Guard soldiers are preparing to deploy to Kuwait and Iraq, where they will be overseas for the next year.

“Definitely mixed emotions... part of me is ready to go and get this over with, another part of me doesn’t want to leave home,” said Major Emily Cano.

Filled with pride and pain during the ceremony, Major Cano is preparing for her second deployment. With her husband also in the Guard, this will be the fifth time their young family, which includes three kids, will be separated. 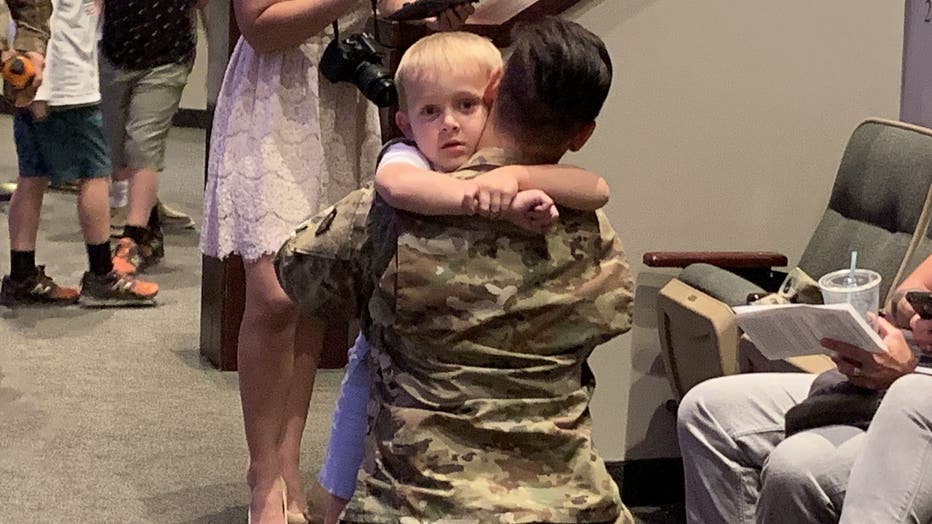 “We see the need for the U.S. to be there and to help the people over there,” said Major Cano. “My nine-year-old remembers me being gone in 2014, 2015, so she’s pretty scared, but the others don’t really know what’s coming.”

A few rows away is Major Jordan Sams. This marks his third deployment, but it is his first with wife and kids.

“I’d say it just hit me two days ago,” said Desiree Sams, Major Sams’ wife. “I finally broke down and started crying. It’s going to be really hard. It’s going to be difficult, just Jordan being away from the kids and myself. But, like he said, we have a lot of support.”

The Red Devils will join units from eight other states and conduct flight operations for Operation Spartan Shield and Operation Inherent Resolve.

“Today we recognize your service and we are so thankful for it,” said Senator Tina Smith at the ceremony. “And we will always be by your side.”

Senator Smith also reminded families of the various services available, of which the Canos plan to take advantage.

“They are going to do some counseling at school to get connected with other kids going through family dynamic changes,” said Major Cano.

For no one will the next year be easy.

For the families, goodbyes for final departures will happen over the next few weeks as the soldiers will gradually leave for Fort Hood, Texas.