Time has named Elon Musk, the world’s richest man who leads electric car maker Tesla and rocket company SpaceX, as its 2021 Person of the Year.

Musk was given the title "for creating solutions to an existential crisis, for embodying the possibilities and the perils of the age of tech titans, for driving society’s most daring and disruptive transformations," Time editor-in-chief and CEO Edward Felsenthal wrote. 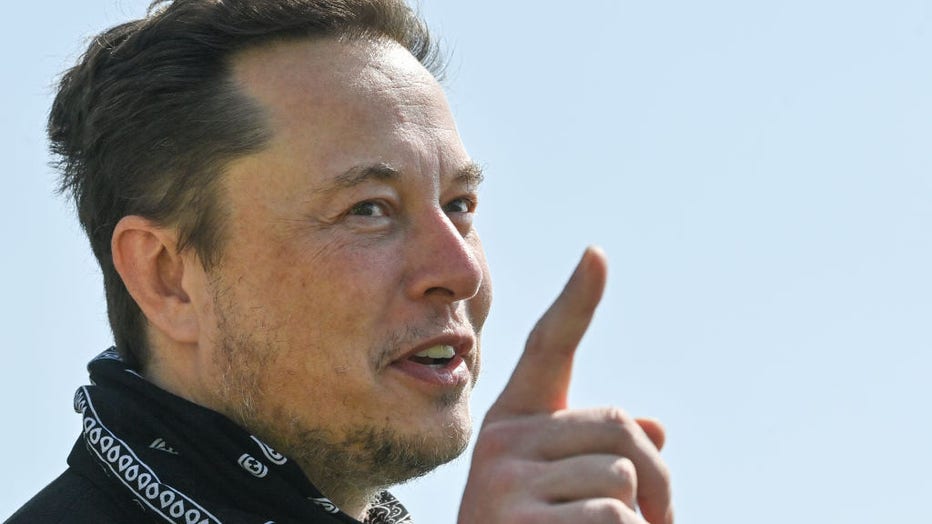 FILE - Tesla CEO Elon Musk talks during a tour of the plant of the future foundry of the Tesla Gigafactory on Aug. 13, 2021, in Grünheide near Berlin, Germany. (Photo by Patrick Pleul - Pool/Getty Images)

The criteria for the distinction, as Time describes it, is "the person who affected the news or our lives the most, for better or worse."

"Person of the Year is a marker of influence, and few individuals have had more influence than Musk on life on Earth, and potentially life off Earth too," Felsenthal said.

Things to know about the TIME Person of the Year title

The Person of the Year is the person, people or concept that had the most influence on the world during the previous 12 months.

Musk, who launched SpaceX in 2002, has since secured contracts with NASA, launched rockets to the International Space Station and put satellites in orbit.

The company made history in September after it launched four private citizens into orbit. NASA also awarded SpaceX a $2.89 billion contract for the development of the first commercial human lander that will put the next two American astronauts on the moon as early as 2025.

Musk also plans to use the reusable ships to eventually land people on Mars.

Earlier this year, Tesla unveiled a concept for a "Tesla Bot" with artificial intelligence and said it expects to build the humanoid robot next year.

Musk is the richest person on the planet with an estimated net worth of $265.4 billion, according to Forbes.

Time named COVID-19 vaccine scientists Kizzmekia Corbett, Barney Graham, Katalin Kariko and Drew Weissman as its 2021 heroes of the year. The cover image featured the four researchers who "achieved a breakthrough of singular importance, introducing an innovative and highly effective vaccine platform, based on mRNA, that will impact our health and well-being far beyond this pandemic."

The magazine also gave awards in other categories, including Simone Biles as athlete of the year and Olivia Rodrigo as entertainer of the year.

Time’s Person of the Year award usually goes to an individual, but in years past, they have given it to groups who have made their mark on the country and the world. Previous winners have included the "Ebola Fighters" -- those who fought against the Ebola virus in 2014, "The Protester" -- giving a nod towards the revolutionary Arab Spring and Occupy Wall Street movements, and in 2017 it was awarded to "The Silence Breakers" -- those who spoke out against sexual abuse as part of the #MeToo movement.

In 2020, Joe Biden and Kamala Harris were selected as Persons of the Year.

The award dates back to 1927 when Charles Lindbergh became the first to receive it. In 1999, Time dropped "man/woman of the year" for the gender-neutral term: Person of the Year.