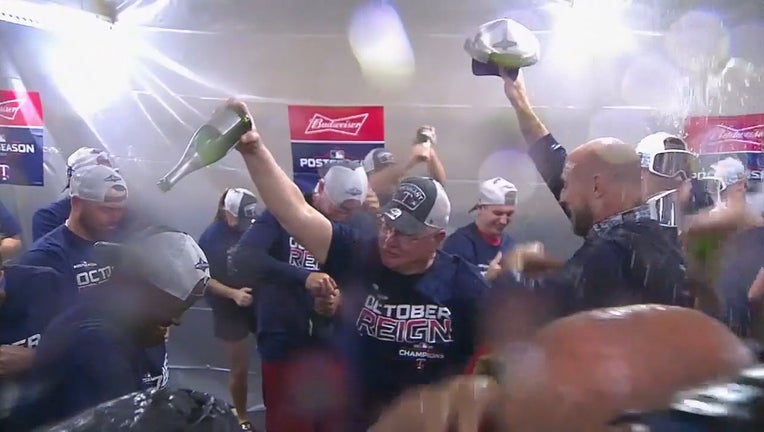 The Twins popped some champagne on Wednesday after the White Sox took down the Indians, allowing the Twins to clinch.

MINNEAPOLIS (FOX 9) - Thursday was a great night for Minnesota sports as two pro teams were able to clinch playoff berths.

Thursday was a great night for Minnesota sports as two pro teams were able to clinch playoff berths.

The early clinch has Twins fans hyped for the postseason and a potential run. Thursday, a day after the Twins took the division, fans were still on hand for a watch party for a game that no longer matter. But there are now high hopes that the leaves might be gone by the time this team is done.

"Very special and a very pleasant surprise," said Barb Leininger. "This is my tenth year as a season ticketholder, so the other nine were a little [underwhelming]." 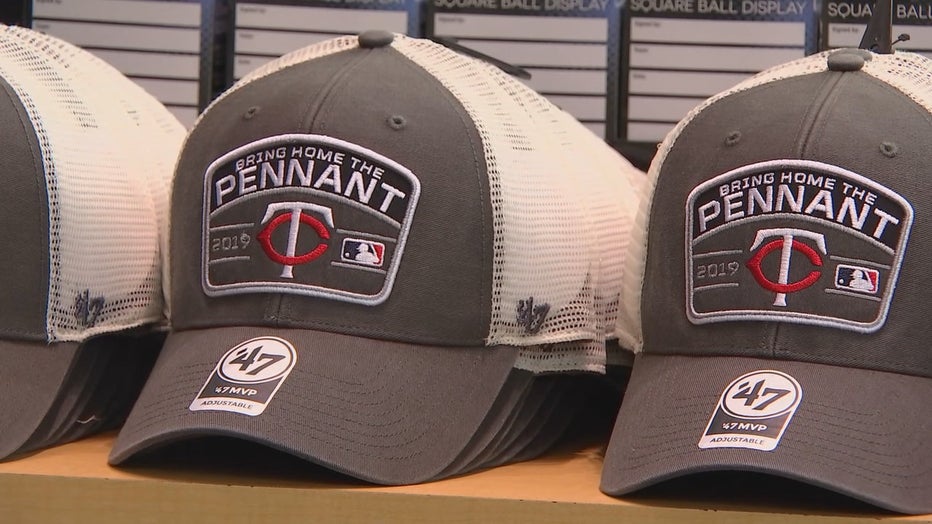 On the opposite corner of Target Field, inside the team store, we saw a constant stream of fans inspired to add to their Twins wardrobe. Or, in some cases, for their family members. $45 division champ T-shirts and $39 hats were selling briskly with sticker shock largely irrelevant.

"I hope they play the Yankees and finally beat the curse," said Kurt. "Beat the Yankees, that’s what we want to have happen."

But, with the hope that the team could make a run, a fear remains. They look like they could win it all, but these guys have to do what their predecessors could not.