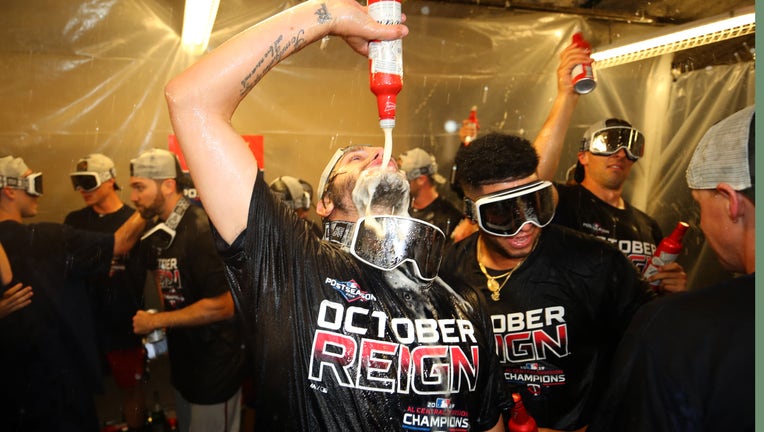 Lewis Thorpe #43 of the Minnesota Twins celebrates winning the American League Central Division title after a 5-1 win against the Detroit Tigers and a Cleveland Indian loss at Comerica Park on September 25, 2019 in Detroit, Michigan. (Gregory Shamus / Getty Images)

MINNEAPOLIS - The Minnesota Twins are the American League Central Division champions for the first time since 2010.

The Twins celebrated manager Rocco Baldelli’s 38th birthday with a 5-1 win at Detroit Wednesday night. That, coupled with the Cleveland Indians’ 8-3 loss at Chicago, clinched the division title for the Twins.

The Minnesota Twins clinched the division and a playoff berth on Wednesday after taking a game in Detroit and the White Sox topping the Indians.

The Twins are back in the American League playoffs for just the second time since their division title. They were in the AL Wild Card Game in 2017, a loss to the New York Yankees. The Indians are still in a battle for the final Wild Card spot in this year’s playoff race with the Tampa Bay Rays.

The Twins entered the night with a four-game lead over Cleveland in the division. The victory reduced the Magic Number to 1 before the White Sox beat the Indians. 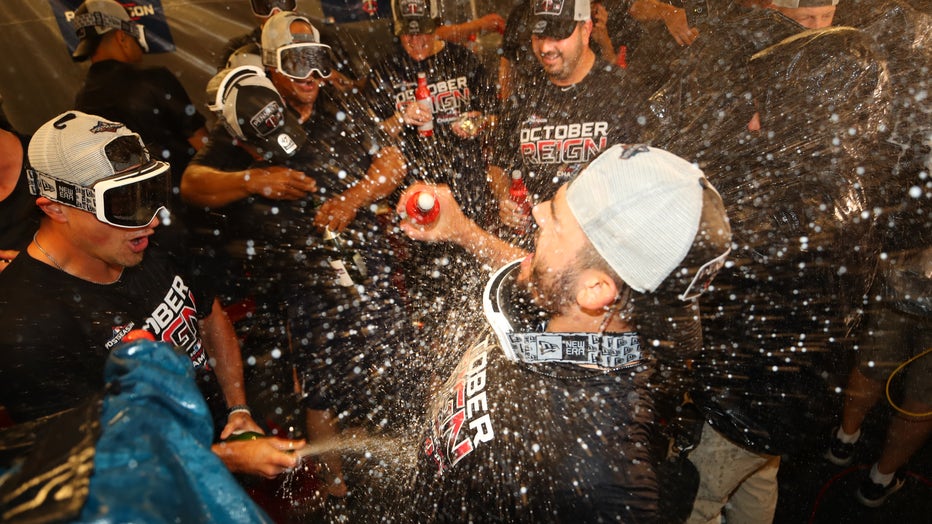 Members of the Minnesota Twins celebrate winning the American League Central Division title after a 5-1 win against the Detroit Tigers and a Cleveland Indian loss at Comerica Park on September 25, 2019 in Detroit, Michigan. (Gregory Shamus / Getty Images)

Luis Arraez provided the seventh inning heroics Wednesday night with what turned out to be the game-winning two-run homer to right. Jorge Polanco tripled and scored on a Nelson Cruz single in the eighth to give the Twins a 3-1 lead, and Eddie Rosario added a two-run blast to right for the 5-1 cushion.

Randy Dobnak pitched six innings for the Twins in the win, allowing one unearned run on just one hit while striking out six with no walks. It’s the 98th win of the season for Minnesota. After Wednesday’s start, Dobnak will leave the team to get married this weekend.

The Twins won their seventh AL Central title, and did it with one of the most powerful lineups in team history. They’ve hit 299 home runs as a team, which is tied with the New York Yankees for the MLB lead most-ever in baseball. The Twins also became the first team in Major League Baseball history to have at least five players hit 30 home runs or more. They’ve had 84 multi-homer games, and have hit home runs in 56 of their 69 games since the All-Star break. 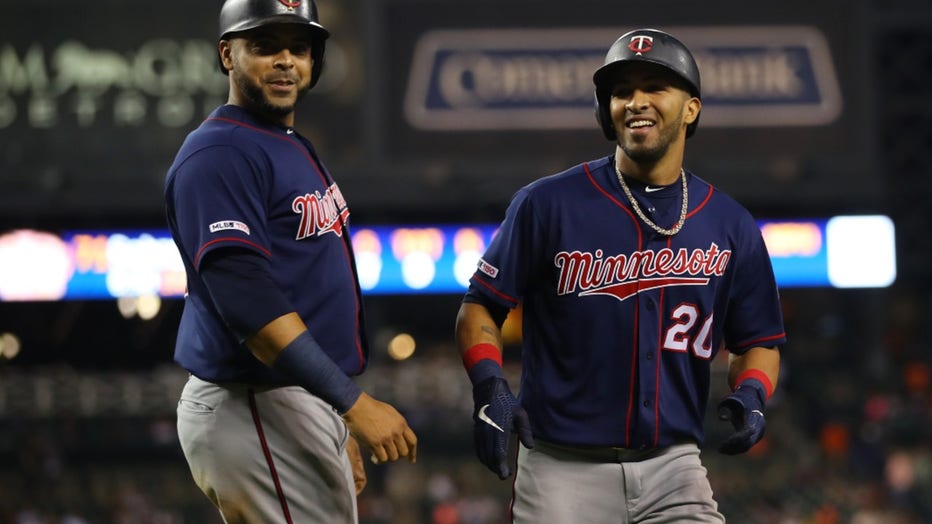 The Twins also have 52 wins on the road this season, the best in baseball.

The Twins waited in the clubhouse after their win and watched the Indians/White Sox game unfold. They were ready to spray the champagne and beer when Francisco Lindor struck out to end the game and clinch their division title.