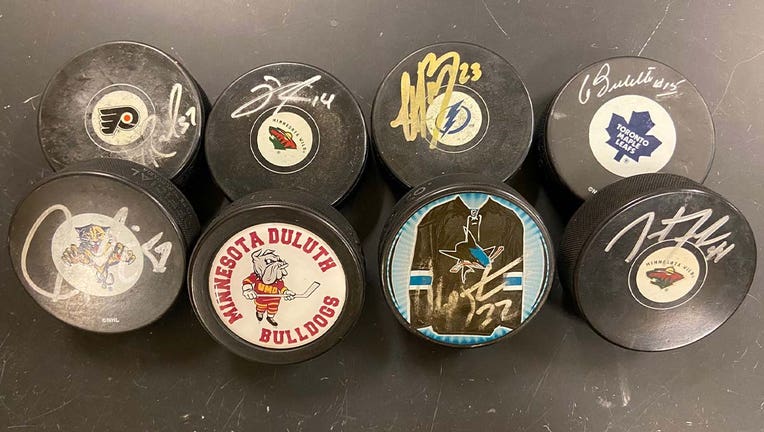 After more than three weeks of searching, these signed hockey pucks are back in the hands of their owner. (Duluth Police Department)

DULUTH, Minn. (FOX 9) - It's a Minnesota miracle! After more than three weeks of searching, several signed hockey pucks are back in the hands of their owner.

The Duluth Police Department put a message out to social media last month on March 28, in hopes of finding the owner of the eight hockey pucks – and it worked.

"It may seem small to some, but for the owner of these pucks, I’m sure it made their day to get their property back," Hjelseth wrote to FOX 9 on Wednesday.