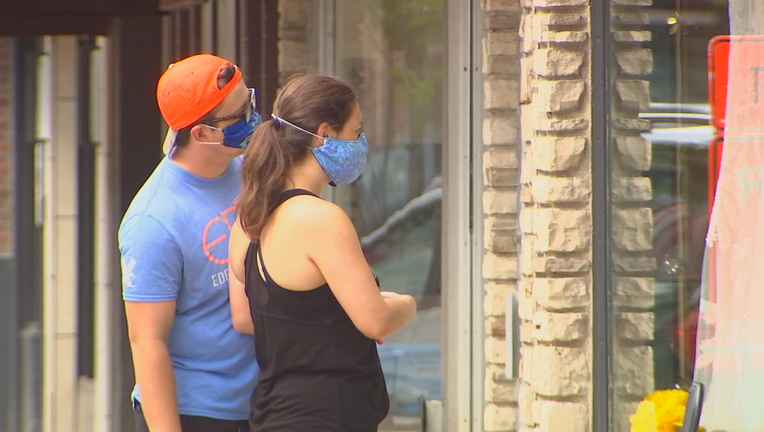 A couple wears masks in Minnesota.

MINNETONKA, Minn. (FOX 9) - Minnesota Governor Tim Walz is facing mounting pressure from both sides on the idea of a statewide mask mandate. This come as more cities vote to make face coverings a requirement while out in public.

Monday night, city councils in Minnetonka and Duluth were among the latest to unanimously pass a citywide mask mandate. Other cities like Edina, Rochester and Mankato, have already approved resolutions to wear masks indoors.

As Minnesota Governor Tim Walz mulls over a statewide mask requirement, more cities are enforcing their own mandates, with both support and opposition from the community.

LIST: Where you are required to wear a mask in Minnesota

“If Minnetonka does it, it’s great, but if Golden Valley doesn’t do it, then we’re still potentially spreading because people are going to move back and forth between Minnetonka and Golden Valley,” said Dr. Keith Stelter of the Minnesota Medical Association.

Dr. Stelter is urging Governor Tim Walz to issue a statewide order, the possibility of which stirred plenty of debate at the state legislature Monday.

More than 20 states have made masks mandatory, but Governor Walz has yet to decide whether Minnesota will join them.

The Senate Majority Leader, Republican Paul Gazelka, said while he’s not against masks, he is against a mandate.

“We don’t need a statewide or the governor making that decision for people,” said Gazelka.