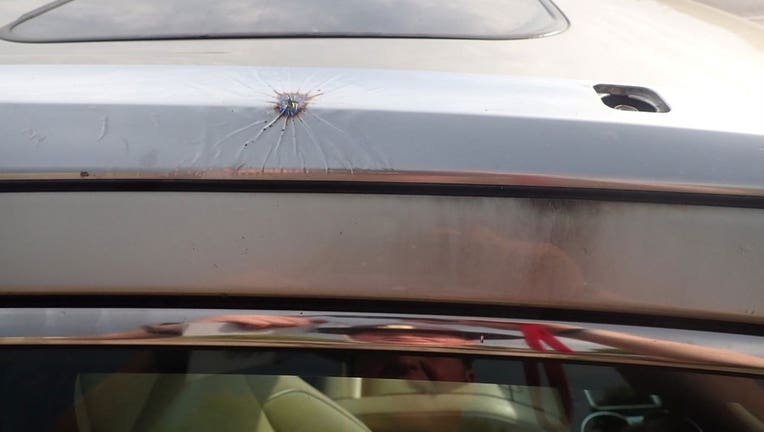 Photos posted by Minnesota State Patrol show the burn mark in the roof left behind by the strike.

LENGBY, Minn. (FOX 9) - A driver in northern Minnesota wasn't hurt earlier this month when his car was struck by lightning, leaving it stalled out along a highway.

According to Minnesota State Patrol, the vehicle was struck on September 19 on Highway 2 near Lengby, Minnesota, in the northwest part of the state. Troopers came upon the vehicle shortly after 4 p.m.

The people in the vehicle said the lightning strike cracked almost like a gunshot. Photos posted to Twitter by Minnesota State Patrol show the burn mark left by the strike in the roof of the vehicle.