John Jones, the driver in a deadly hit-and-run in Minnesota last October, is avoiding nearly six years in prison, after the victim's family agreed to a sentence including 10 years of probation, addiction therapy and a year in the workhouse.

ANOKA, Minn. (FOX 9) - A show of overwhelming compassion from the victim’s family is giving a deadly hit-and-run driver the chance to avoid prison for now. But he will have to get sober and remain law-abiding for a decade or else he will spend nearly six years behind bars.

Dunn was out for a midday walk with her dog when she was struck and left for dead on 109th Avenue Northeast on the edge of her Blaine neighborhood.

The sentence handed down by Judge Melissa Saterbak initially avoids prison time for Jones if he complies with conditions of probation. An agreement Dunn’s loved ones signed off on to give Jones a second chance.

During an emotional 90-minute hearing, Dunn’s husband shared with the court why his family agreed to the unusual conditions for Jones.

"She (Bridget) is the greatest example of compassion, mercy, kindness, forgiveness, and love. She, more than anyone, is getting our family through this," Chris Dunn told the court. "So Mr. Jones should consider this second chance as a gift from Bridget. What he does with it is up to him, but he should keep well in mind this opportunity brings a great consequence. Should he not commit himself to a lifetime recovery plan if he is caught using drugs, alcohol again, or driving without a valid driver's license during his ten-year probation period, he'll go to prison for a long time,"

Police quickly caught up with Jones after he fled the scene last year.

According to the initial charges, Jones told investigators he thought he struck a dog or a sign before fleeing.

In exchange for his guilty plea, Jones must spend one year in the workhouse, then 6 months on electronic home monitoring, a form of house arrest. And perhaps most importantly to Bridget’s loved ones, Jones must complete a rigorous rehab program and follow conditions of his probation for 10 years.

If he can do that, he will not have to serve any of the 69-month prison term. 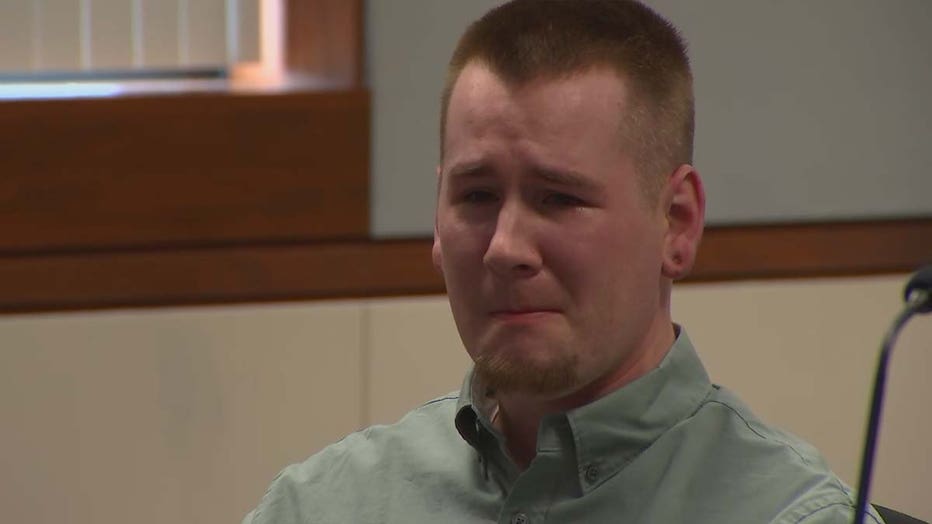 Jones, who was visibly emotional throughout several Dunn family victim impact statements, apologized in prepared remarks, promising to make the most of his second chance.

"I cannot imagine the feelings that the family has to live with for the rest of their lives. The pain and suffering that I have caused is not something that I can fix. But I pray for Bridget and her family every day. I pray that they will be able to find peace in their lives once again. You guys have given me the opportunity to better myself and be there with my children, my family. I'm forever grateful for that chance. I cannot thank you enough for the blessing that you've given me. I'm sorry for my actions and for the feelings that I have caused," Jones said.

The maximum statutory sentence for criminal vehicular homicide is 10 years in prison.

Bridget Dunn was out for a midday walk with her dog when she was struck and left for dead on 109th Avenue Northeast on the edge of her Blaine neighborhood. John Jones, the man who killed her, entered a guilty plea that initially avoids prison time for him if he complies with conditions of probation. That's an agreement Dunn’s loved ones signed off on to give Jones a second chance.

This full story will air on FOX 9 News at 5PM. Watch the newscast live or check back for updates.