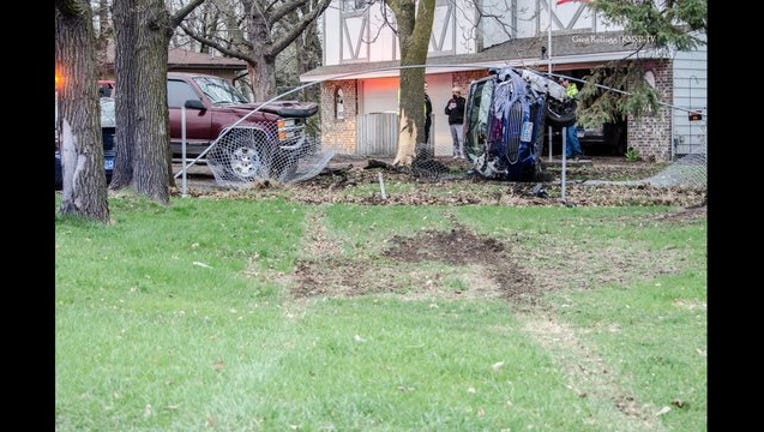 COON RAPIDS, Minn. (KMSP) - A driver had a close call Wednesday morning when they fell asleep at the wheel and narrowly missed crashing into a house in Coon Rapids, Minnesota.

According to police, the accident took place just after 6 a.m. A driver traveling west on Foley Boulevard fell asleep at the wheel and did not turn at a curve. The vehicle hit a parked truck and landed on its side a few feet in front of a house.

The driver escaped without any visible injuries and was taken to a nearby hospital for evaluation.

A study conducted by AAA Foundation for Traffic Safety last year found that driving drowsy can often be as dangerous as driving drunk.