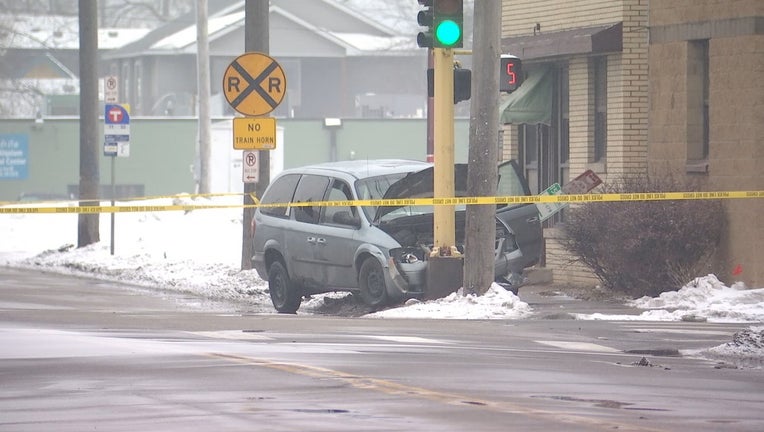 After being shot, police say the driver attempted to turn around but crashed into a lightpole. (FOX 9)

MINNEAPOLIS (FOX 9) - A victim trying to away from a gunman in Minneapolis ended up crashing a van near the Lowry Avenue Bridge on Sunday and later died at a hospital.

Police responded to the report of a crash on Lowry Avenue near 2nd Street NE just before 3 p.m. At the scene, police found a man who had been shot slumped over the wheel of the van.

Officers say it appears the driver was headed west on Lowry when he was hit by gunfire, tried to make a U-turn, and crashed into a light pole. The driver was taken to a local hospital but was later pronounced dead.

At this point in the investigation, police aren't sure if the driver was targeted in the attack or if he was struck by stray gunfire.

Police are still searching for the gunman who shot the driver. They are asking anyone with information on the shooting to contact the police department.