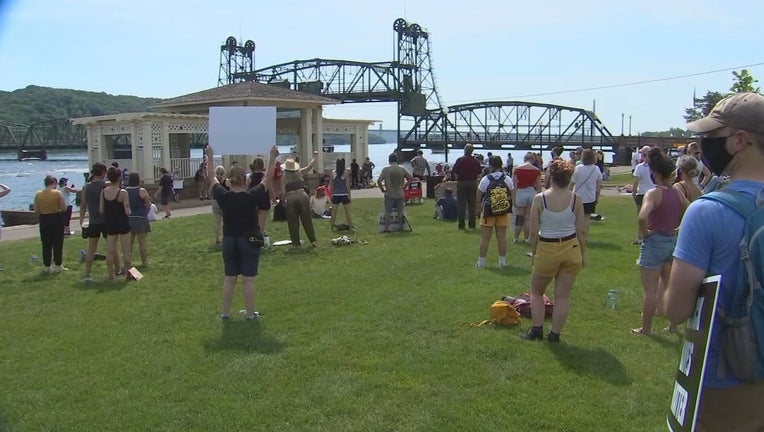 STILLWATER, Minn. (FOX 9) - A Muslim woman's experience while in Stillwater, Minnesota is prompting the city to come together to denounce hate.

Sophia Rashid says a motorcycle gang intimidated her while she and her 4-year-old daughter were eating dinner in Stillwater last week.

A Muslim woman's experience while in Stillwater, Minnesota is prompting the city to come together to denounce hate.

In a post on Facebook, the mom says members of a biker gang with the insignia “Aryan Cowboys” on their jackets kept making eye contact with her and at one point crossed a street and followed her.

Employees at Leo’s Grill and Malt Shop and a Stillwater police officer walked her safely to her car.

Her post has been shared thousands of times. Saturday, dozens gathered in Lowell Park near the lift bridge to make it clear that hate is not welcome in Stillwater.

"This event and all of you showing up is also part of the discussion and the activities and the efforts that are happening all over this country where people are starting to wake up and people are saying enough is enough," said Jaylani Hussein with the Minnesota chapter of the Council on American-Islamic Relations.

Stillwater police say on rare occasions they do have visits from motorcycle gang members with offensive wording on their vests.

The incident is being reviewed for potential criminal conduct.