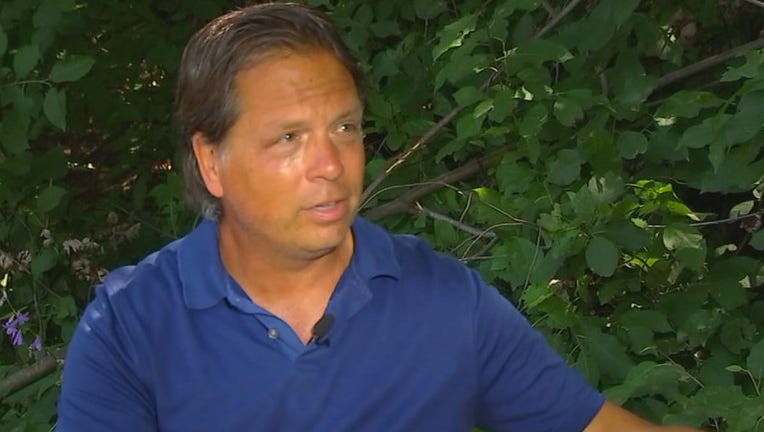 MINNEAPOLIS (FOX 9) - A Minneapolis man who knows the tragedy of losing a loved one in a deadly police encounter is speaking out.

Don Damond, Justine Ruszczyk’s fiance, is wondering why three years after she was killed, he sees the same culture at the Minneapolis Police Department and very few reforms when it comes to police training and hiring.

Don Damond upset with lack of change at Minneapolis PD

A Minneapolis man who knows the tragedy of losing a loved one in a deadly police encounter is speaking out.

"I love this city," said Damond. "You know, it’s beautiful. I have friends here, community here. But every time I see a police car, it’s painful."

After losing the love of his life, his soulmate, in a deadly encounter with a Minneapolis police officer in the alley behind their home, there was so much hurt and emptiness that Don Damond moved out of the house that he shared with his fiance along Washburn Avenue.

"You know Paul, driving past that spot, I realized," he explained. "I’d go for walks and I’d see images of that night and police cars, and I just had to go."

On Wednesday, three years to the day Justine Rusczcyk Damond was shot and killed by then Officer Mohamed Noor, Damond and his son returned to the alleyway memorial, still tended to by his former neighbors, to grieve and reflect.

"So you walk through the anniversary in a way, you hit all the touchstones again," he said. "And it bumps the wound in a big way. So it was a sad, somber day for me and my family."

Damond explained his healing journey after losing Justine was turned on its head with the recent death of George Floyd in the city he loves at the hands of the very same police force.

Having received comfort and support from Philando Castille’s loved ones in his darkest hour, Damond reached out to Floyd's family. He spent time with his young daughter Gianna and her mother and attended Floyd’s funeral in Houston.Damond now wants to know where are the reforms, the changes at MPD he was promised after Noor was convicted of third-degree murder in Justine’s death.

He’s pushing for added focus on de-escalation strategies and what he describes as mindfulness training that places emphasis on an officer’s concentration, self-awareness and compassion in the moment.

Damond also shared an anecdote from something that he recently experienced. Outside his new home, he heard some yelling and screaming from a woman. He went to check it out to make sure everyone was safe. He said years ago, he would have called 911, or the police. But not anymore.