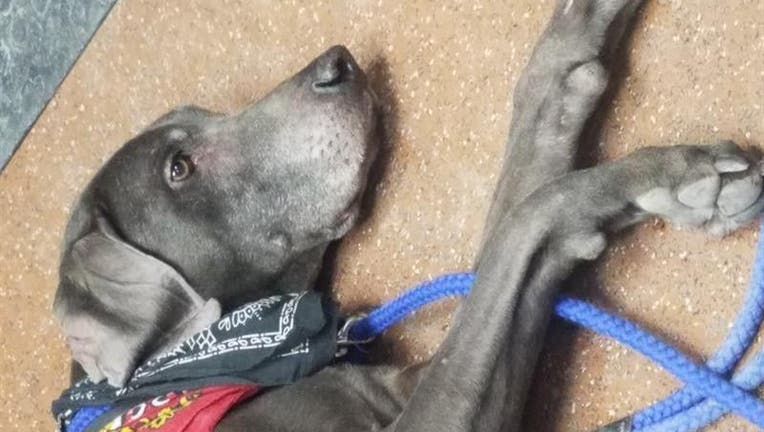 Bevis, a Weimaraner, was inside a vehicle when it stolen from a gas station in Eden Prairie, Minnesota Monday night, (Eden Prairie Police Department / FOX 9)

EDEN PRAIRIE, Minn. (FOX 9) - Police asked for the public’s help in locating a dog that was inside of a running car that was stolen from outside a gas station in Eden Prairie, Minnesota Monday night, but the dog and car were located safely Tuesday evening.

Around 7 p.m. Monday, a Toyota Camry was stolen from the Holiday gas station at 8051 Flying Cloud Dr., according to the Eden Prairie Police Department. The owner’s dog, a Weimaraner named Bevis, was inside the vehicle when it was taken.

The vehicle had been left running with the keys in the ignition, police said.

Police say an investigation into the incident is ongoing.

This is at least the fifth time since December a dog has been reported missing after the vehicle it was in was stolen.

A dog that went missing after the car he was in was stolen outside a hotel in Bloomington, Minnesota Saturday night has been found safe, according to police.&nbsp;

Authorities have been reminding people not to leave their cars running unattended, even if you are tempted to wait inside while your vehicle warms up on a cold day.