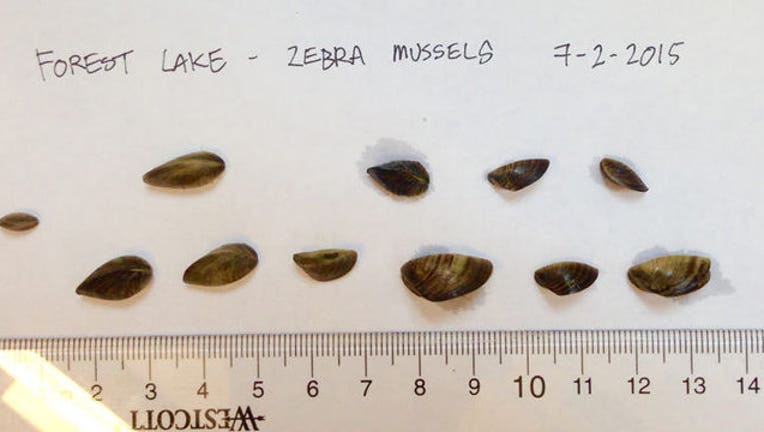 The Minnesota Department of Natural Resources has confirmed an infestation of zebra mussels in Forest Lake, just north of the Twin Cities.

The number of the zebra mussels found in Forest Lake indicate an established population of zebra mussels, with natural reproduction. Due to these factors, the DNR said treatment would not be effective and is not planned.

This is the fourth Minnesota lake in 2015 with a newly-discovered zebra mussel population. Most new infestations are reported during the warm summer months, when more boats are out on the water.

Female zebra mussels can produce up to a half million eggs each year. The problem spreads when mussels attach to boats and are then transferred to other to clean lakes. More than 700 lakes in Minnesota are affected by zebra mussels, including some big metro lakes like White Bear Lake and Lake Waconia.

Be part of the solution

Clean your boats and trailers

Drain your boats and live wells

Dispose of your unused bait