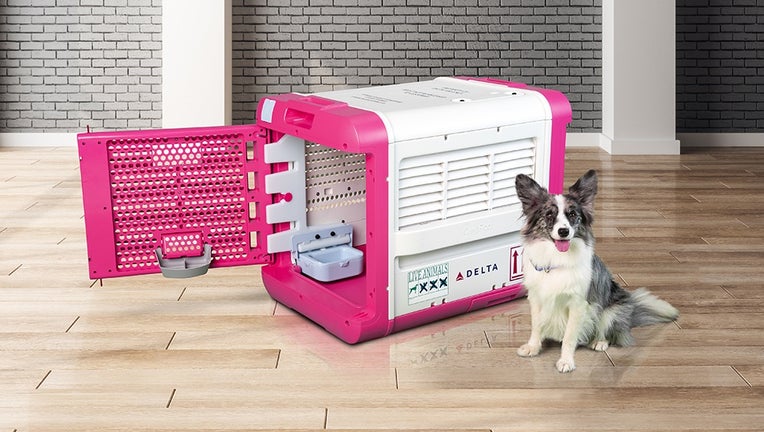 MINNEAPOLIS (FOX 9) - Flying with your pet just got a little bit easier.

Delta announced Wednesday that Minneapolis-St. Paul International Airport is one of eight locations across the country where pet owners can now book their pet a flight in a new pet travel carrier called the “CarePod.”

According to a news release, the CarePod provides pet owners with real-time updates on their pet throughout their journey. It also has several innovative safety features, such as walls insulated to protect pets against temperature fluctuations in the cargo hold as well as multi-layered windows and doors with specially angled blinds to block out “visual stress from unfamiliar environments.” The CarePod also has a built-in hydration system that auto-replenishes a spill-proof water bowl inside the carrier so pets always have access to water.

Delta says the CarePod was developed over the course of five years and underwent a two-month trial before being rolled out to select cities. The CarePod will eventually be available across the airline’s entire U.S. network.

Passengers can book a CarePod for their dog or cat three to 13 days prior to departure.