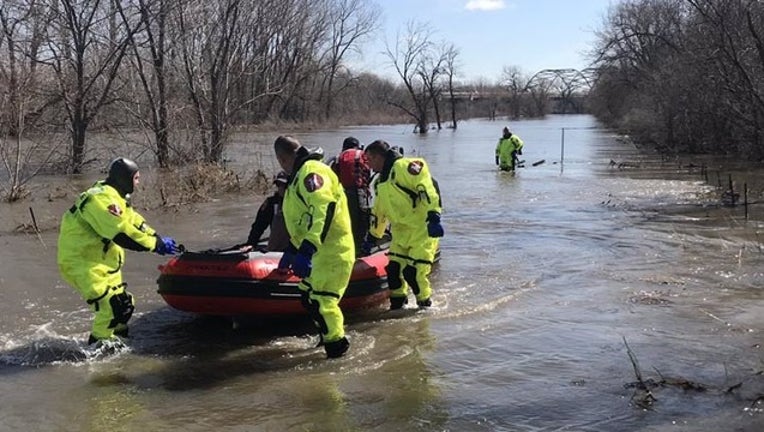 Bloomington Fire Chief Ulie Seal said a woman went around the closed sign on the trail near the Old Cedar Avenue Bridge and walked into some fast-moving water. She was quickly swept away, but was able to call 911 while clinging to a tree.

"If she didn't have that cell phone, I don't think anyone would have heard her," Seal said.

Seal said crews used a boat to rescue her from the tree. She was evaluated by paramedics, but declined any further medical attention.