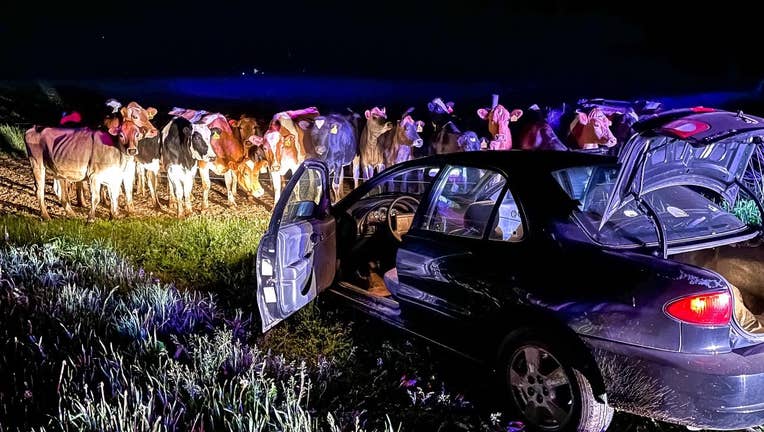 These cows near Barron, Wisconsin are being credited with stopping a police pursuit late Monday night. (Barron County Sheriff's Office)

The sheriff’s office posted to Facebook early Tuesday saying Barron police were pursuing a suspect between Barron and Cumberland when the driver of a sedan headed into a farm.

There, police say, the chase "ran out of steam" when it encountered the cows.

A suspect was taken into custody and the sheriff’s office said no humans or cattle were injured in the pursuit.

The sheriff nicknamed the group the "Barron County Bovine Unit."

Upon hearing the news, the St. Croix County Sheriff dubbed them "Steer Team 6" in a Facebook post.