Cougar hit and killed by vehicle near Highway 13

A man in Shakopee caught a rare wildlife sighting on camera after he spotted a cougar, but it was later found dead after being hit by a vehicle.

SHAKOPEE, Minn. (FOX 9) - A man in Shakopee caught a rare wildlife sighting on camera after he spotted a cougar, but it was later found dead after being hit by a vehicle.

Andrew Pastrana said he was driving home with his family Monday night when he saw a coyote roaming around. Then, he thought he saw another one nearby. He took a picture of the animal and got closer to it, only to realize it was actually a mountain lion.

"It was in a low stance kind of eyeing down the coyote, I think we might’ve spoiled its lunch for it because the coyote got away when we stopped," Pastrana said. 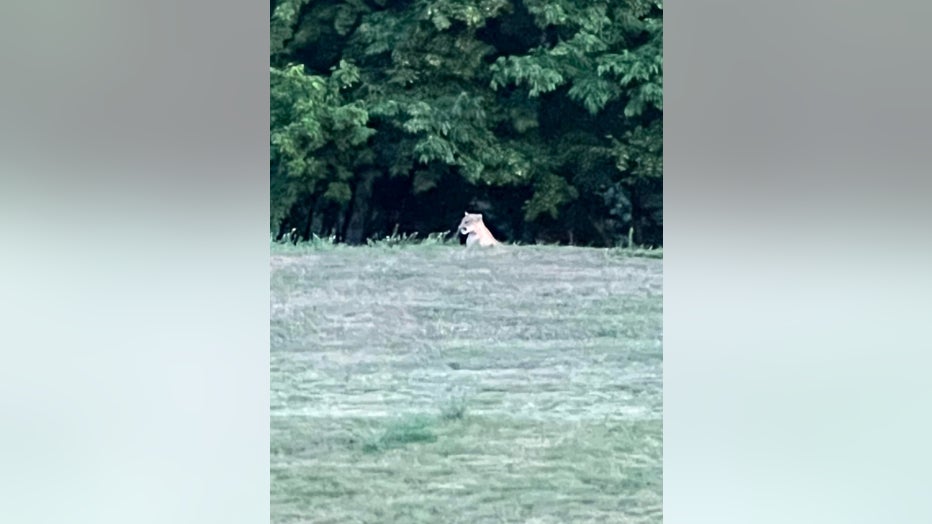 Pictured is a cougar spotted in Shakopee. The cougar was later found dead after it was hit near Highway 13. (courtesy of Andrew Pastrana)

Just a few hours after Pastrana spotted the big cat, the Savage police found the body of an adult male cougar early Tuesday morning. Police said the cougar died after being hit by a vehicle near Highway 13, just a couple of miles from where Pastrana initially spotted the animal.

The male cougar weighed 130 pounds and was 6'6", according to the DNR.

From 2004 to 2021, there have been 59 verified cougar sightings in the state, according to the Minnesota Department of Natural Resources. The most sightings ever recorded in a year was in 2020 after 16 sightings were reported. In 2021, only six were recorded.