A Facebook post by a woman ended up with her daughter getting gifted a free car from a complete stranger.

COTTAGE GROVE, Minn. (FOX 9) - A stranger's act of kindness helped a Minnesota mother in need get a set of wheels for her and her family.

The surprise set up by Tony Wind and a group of people, who had never met the single mother before, was captured on video.

Thanks to the generosity of 65 Minnesotans, a Cottage Grove mother now has access to something so many take for granted.

It all started a few weeks ago when Tony Wind went to sell his old Ford Focus and got an idea. Instead of trading in his car, he contributed the first $500 and started a crowdfunding campaign to cover the rest of the $5,000 he would have gotten by selling the car and decided to hand over the keys to someone in need instead.

"This is a gift from 65 strangers who wanted you to have a fresh start," Wind told the mother in a video showing the surprise.

A friend pointed Wind to a woman on a community Facebook page who posted that her daughter, a mother of two, needed a car to find a job and visit one of her kids more often. So Wind and the woman worked together to get Jeska Barry to Wind's house in Cottage Grove, where they surprised her with a slightly used set of wheels, all tied up in a bow. 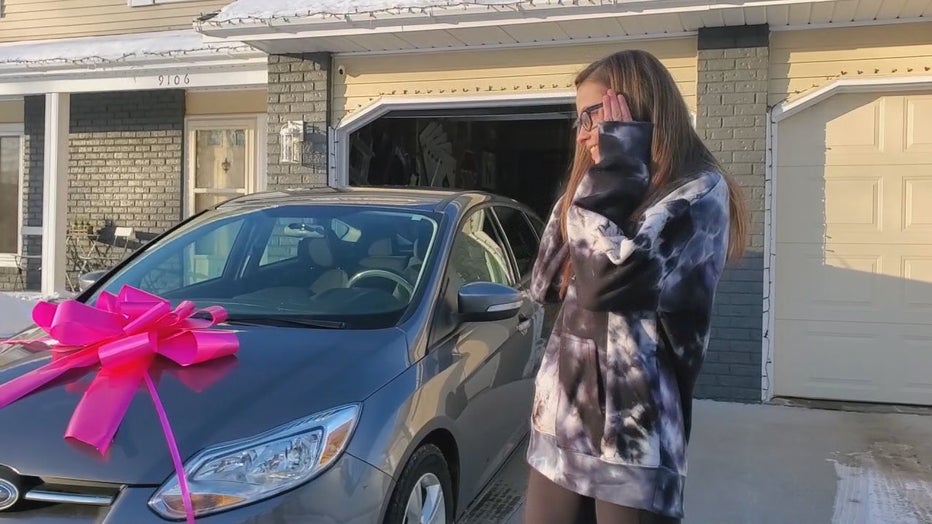 Jeska Barry was surprised with a car after a campaign by Tony Wind. (Supplied)

"It was amazing to see how grateful she was for something so many of us take for granted," said Wind.

The big reveal was followed by a flood of tears and gratitude. "I have a car because of you guys," she said. "I'm able to bring my kids where they need to go. I'm able to get to the store without inconveniencing anyone. It's amazing thank you."

Wind hopes their act of kindness inspires others to put someone else in need in the driver's seat.

"The whole point of this is to spread some joy in the world and I hope the main takeaway people take from this is you don't have to be rich to make a difference," he said.