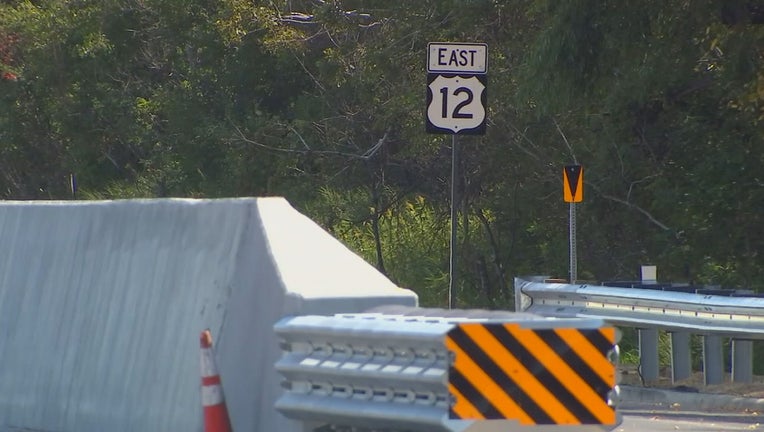 After months of construction to improve safety. Highway 12 is reopening on Thursday. (FOX 9)

MAPLE PLAIN, Minn. - After years of calls from the community, and months of construction, a section of Highway 12 is now much, much safer, officials say.

The section of the highway that closed in May, between County Road 6 in Orono and County Road 92 near Independence, is now set to re-open to traffic Thursday evening as major changes are now complete.

The section of the highway that closed in May, between County Road 6 in Orono and County Road 92 near Independence, is now set to re-open to traffic Thursday evening as major changes are now complete.

"Too many people have lost loved ones on this road because it was not taken care of for so long," said Maple Plain Mayor Julie Maas-Kusske, who’s city sits in the heart of the project.

The changes are coming after tragedies in years past.

"I think everyone standing here has lost a loved one on this road," said Mayor Maas-Kusske. "I've lost a cousin, I’ve lost many friends and other loved ones, know many others who have and it’s long overdue."

A hastily arranged ribbon-cutting ceremony was held Thursday to mark another major step in making Highway 12 safer with the mayors of Maple Plain and Independence doing the honors.

The Highway 12 Safety Coalition led by Chief Kroells, began work in 2014 to stop the endless accidents, many of them fatal.

"Because no one wants to go through what they did, losing a loved one and it’s all about prevention and safety and that’s what we’re doing," said Chief Kroells.

The three-mile stretch of Highway 12, which closed in May, now has two distinct improvements: One mile of additional concrete median barrier to prevent head-on crashes along a widened Highway 12 between Orono and Independence. At County Road 90, a roundabout was added to remove an intersection that proved dangerous for decades.

"Because we were closing the road, they did a really nice job of coordinating to get them both done at the same time," said Chief Kroells.

With that stretch of the road getting final touches to reopen in time for Friday’s commute, attention will turn to the next project, rebuilding an intersection a mile and a half to the west.