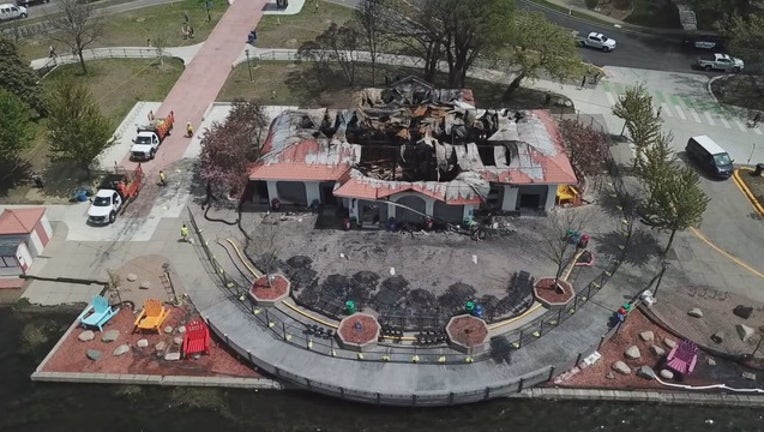 MINNEAPOLIS (FOX 9) - It will be at least two years before a new pavilion will be built at Bde Maka Ska to replace the one destroyed in a fire, according to an update from the Minneapolis Park and Recreation Board.

The fire started after a man dumped hot hookah embers in a trash can near the pavilion in May, according to court documents. A 23-year-old man was charged with one felony count of negligent fire.

Crews tore down the rest of the damaged building. The floor is all that remains, but since it is not ADA compliant and there are tripping concerns, a temporary surface will be laid down this summer. When the new floor goes in place, the fencing surrounding the area will be removed.

Since the fire, Lola on the Lake, the restaurant that operated out of the pavilion, has been running concessions out of a food truck on weekends. The park board is working with the restaurant owners to create a plan that would allow possibly two trucks, a beer trailer and a tent for the beer drinking area.

Park board staff are in the process of creating plans for a new building. They are considering replacing the pavilion at its exact location or creating a new design. The planning process is expected to take about a year, during which there will be opportunities for public input. The construction process might not start until 2021.