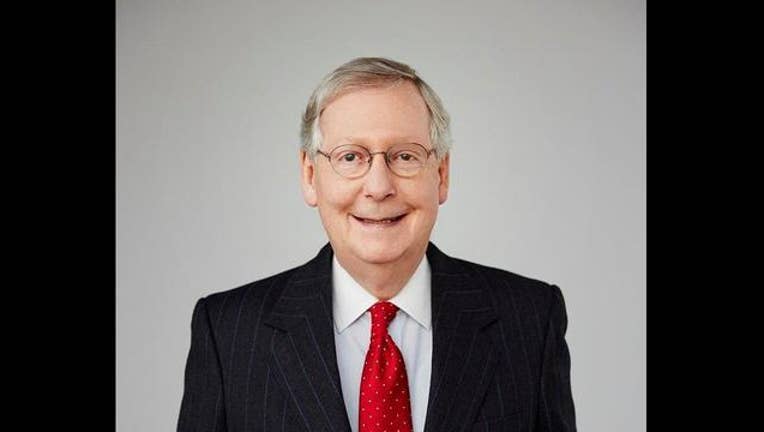 But he acknowledged that "it would be helpful to have less drama emanating from the White House."

Democrats badgered Republicans to stand up to the president, and demanded access to the transcripts of Trump's meeting last week with two Russian diplomats. But while a number of prominent GOP senators displayed anxiety and displeasure, Republicans did not appear poised to abandon a president who remains critical to their goals of acting on health care and tax legislation. Several came to his defense and sought to close ranks.

"There isn't anybody who can run the White House without criticism," said Sen. Orrin Hatch of Utah, a senior lawmaker. "This man has been subject to more criticism than any predecessor that I know of. They hate him, they didn't like the fact that he won, he beat their favorite, it was a remarkable election."

The Washington Post first reported Monday that Trump shared details about an Islamic State terror threat, related to the use of laptop computers on aircraft, with Russian Foreign Minister Sergey Lavrov and Russian Ambassador to the U.S. Sergey Kislyak. The Associated Press and other news outlets subsequently confirmed similar details.

Senate Intelligence Committee Chairman Richard Burr, R-N.C., said around midday Tuesday that he'd spent the morning trying to get someone at the White House to call him and explain what had actually happened.

"My major concern right now is that I don't know what the president said," Burr said. "I'd like to think somebody from the White House who was in the room is going to get on the phone and tell me what they said. ... Maybe they're busy."

Burr's committee has requested additional information from the administration, according to McConnell.

Sen. Bob Corker, R-Tenn., who chairs the Foreign Relations Committee, offered less than a vote of confidence when asked if Trump could still be trusted with classified information. Corker paused for several seconds, shrugged and then said, "Sure."

"The president is the commander-in-chief, he decides what is ultimately classified information and what is not, and we all make mistakes obviously, but I think most of us believe that the president in terms of our national security interests is going to put America first," said Sen. John Thune of South Dakota, the No. 3 Senate Republican.

Armed Services Chairman John McCain issued a statement calling the reports "deeply disturbing" and said they could impede allies' willingness to share intelligence with the U.S. in future.

The House has not yet come back into session for the week, but a spokesman for Speaker Paul Ryan, R-Wis., said Monday that protecting the nation's secrets is "paramount" and Ryan hopes for a full explanation.

Numerous Democrats pointed out that Ryan had called for Democrat Hillary Clinton to be denied classified briefings after Comey concluded last year that she was careless in how she handled classified information over her email accounts. "If you've ever wondered what you'd do if forced to decide between party and country, this is that moment," No. 2 Senate Democrat Dick Durbin of Illinois said in a tweet directed at Ryan.

Ryan's aides countered by pointing out that in the same July 2016 opinion piece where he called for Clinton to be denied classified briefings because of her email practices, Ryan also said those briefings could resume if she were actually elected.

One House Republican considered vulnerable in next year's midterm elections called the "inexplicable stories" from the White House "highly troubling."

Rep. Barbara Comstock of Virginia said in a statement that Congress should get immediate classified briefings on what occurred "so that Congress can at least know as much as Russian leaders."