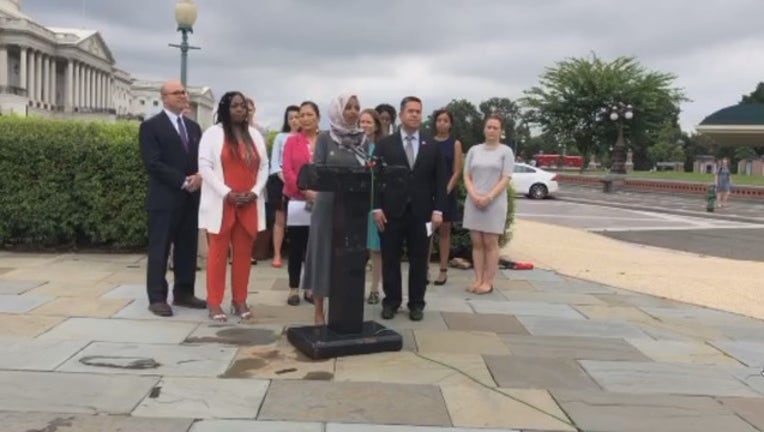 In a press conference held Wednesday morning in Washington D.C., Omar explained the bill would prohibit schools from shaming children who can’t afford a school lunch meal. She wants to end “overt identification” practices such as identifying such students with a wristband, publishing a list of children with debt or using debt collectors. The bill would also authorize the federal government to fully fund students’ meal debt for up to 90 days.

“We know that going hungry is not a choice,” said Omar. “No child chooses to skip a meal. No parent chooses to go hungry themselves so that their child can have a full belly.”

Senator Tina Smith is planning to introduce a companion bill in the Senate.

Valerie Castile, the mother of Philando Castile, who was killed in an officer-involved shooting during a traffic stop in 2016, stood by Omar’s side during the announcement Wednesday. Philando Castile worked in a school cafeteria and would often pay out of his own pocket to make sure kids would have a meal for lunch.