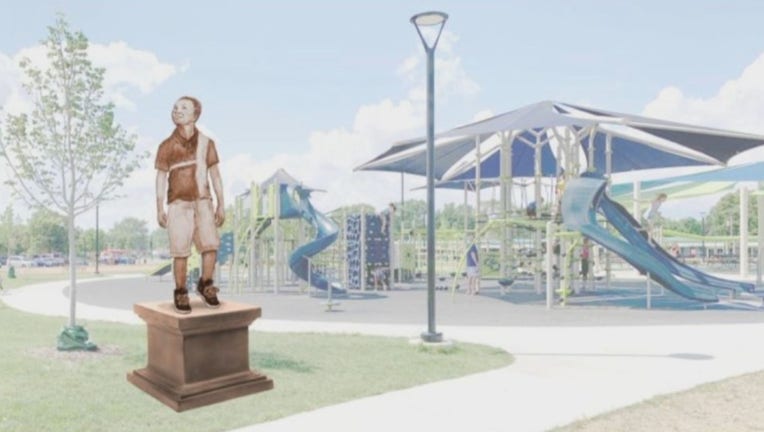 The community in Crystal, Minnesota is trying to build a memorial for Barway Collins, who went missing six years ago. Collins was found dead and his father was charged in his murder.

CRYSTAL, Minn. (FOX 9) - In Crystal’s Becker Park, there is nearly constant playing and laughter, all of it across the street from where 10-year-old Barway Collins used to live.

"We really see this as a way to honor the impact that he has had and continues to have on our community as a whole," said Erin Kolb with the Crystal Parks and Recreation Commission.

The community came together by the hundreds to help search for Barway when he disappeared in 2015. His body was eventually discovered in the Mississippi River, and his father pleaded guilty to murder.

A new effort is underway to remember Barway Collins at Crystal’s Becker Park. Collins went missing six years ago, and his father was later charged in his death.

"For as tragic as the outcome was, what was really gratifying was how the community really pulled together and used Becker Park as the staging area for many of the search and rescue operations," Kolb said.

Now, Erin and her husband Jeff are asking the community to pull together again. They started a GoFundMe campaign to raise $15,000 for a memorial statue to Barway.

Organizers say the goal is for this is not to become just one memorial to a child but to become a catalyst for other public art in the park.

"The city has been doing a lot of different activities…so we're just trying to make this a place, the true jewel of our city, and have the opportunity for our community to appreciate it in all ways that they can," Erin Kolb said.

For more information on how to donate to the memorial, visit barwaymemorial.com.