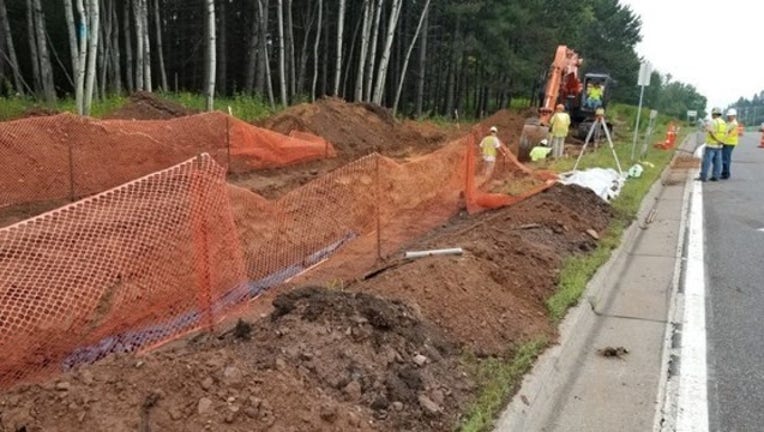 DULUTH, Minn. (KMSP) - A public works crew unearthed a series of wood coffins and what they believe is a human bone during an exploratory dig near an old cemetery on the west side of Duluth, Minnesota.

The coffins and bone were found last Wednesday on the east side of Arlington Avenue south of Arrowhead Road while the crew was conducting archaeological exploratory digging in preparation for a future road project. The bone was found outside of the coffins, which were all empty.

The crew was specifically checking for human remains in the area due to the close proximity to the Greenwood Cemetery, where approximately 5,000 people who died at the St. Louis County Poor Farm between 1891 and 1947 are buried. The cemetery was declared inactive by the county board in 2012.

Over the last year, St. Louis County Public Works has been working with a local archeologist to research the possibility of graves in the area before work begins in 2020 to reconstruct and widen Rice Lake Road north of Arrowhead Road.

The state archaeologist is still investigating the finds, but the preliminary assumption is they are remnants from a grave relocation project that took place in the 1960s.

"Records have indicated that some graves had been relocated from this area many decades ago due to previous road projects,” Steve Krasaway, a public works engineer, said in a statement. “So we felt it was important to take this extra step now out of respect for any potential remains and to ensure we wouldn't make similar discoveries once the project was underway."

The involved area currently fenced off and the public is advised to stay out of the excavation site while further studies are conducted.